A combination of in-person, mail-in, and online voting methods to be considered once staff reports on costs and advantages, disadvantages of each method
Feb 28, 2021 7:29 AM By: Mehreen Shahid 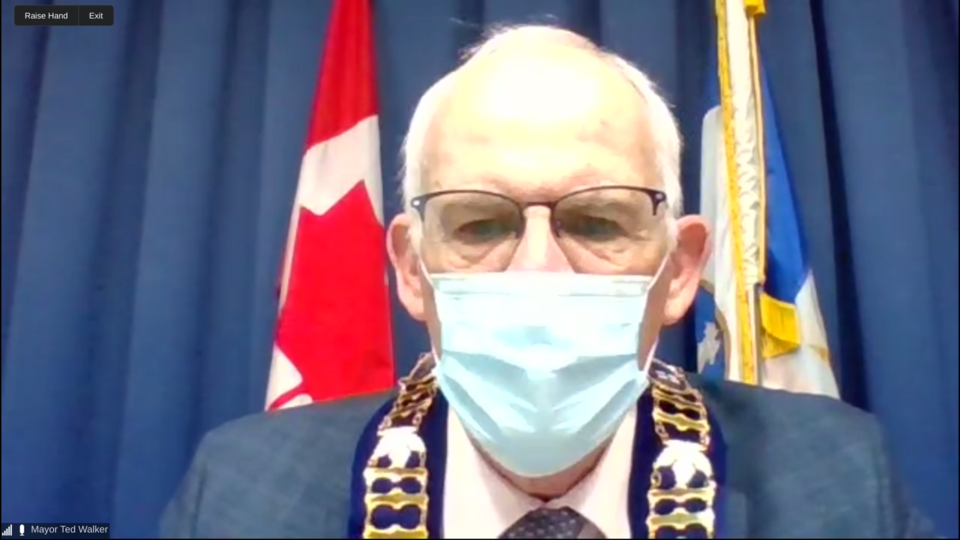 Mayor Ted Walker, and other council members, want to consider a combination of voting methods.Mehreen Shahid/MidlandToday

Tay residents could have multiple ways to cast their ballots in next year's election.

Council, at its recent meeting, was leaning toward a combination of mail-in, online and in-person methods for the 2022 municipal election. However, no decisions were made since a staff report is still pending.

There is no urgency around the matter, said Cyndi Bonneville, township clerk.

"The bylaw to authorize is required on or before May 1 in the year of the election," she said, adding, "staff is recommending council make a decision well in advance of the new year so staff can budget and implement the method council approves."

Coun. Jeff Bumstead had questions around the problems faced by online voting systems.

"Thinking back to the last election, we got our results but other municipalities that had online voting did not. Any thoughts on that?" he asked staff.

Daryl O'Shea, general manager, corporate services manager of technology services, said the issue then was due to the supplier.

"They had a third-party arrangement with a data centre hosting provider where they had purchased unlimited bandwidth and capacity, so they could have millions of people connect to their server at the same time," he said. "Unfortunately, the configuration switch at that facility had a bandwidth limit in place and there was a technical configuration error. I'm most certain that error won't happen (again), maybe different problems may happen in the future.

"We do use similar providers and rely on internet technologies to do tabulation, so even with non-online voting methods, we could run into circumstances causing delays."

A staff report outlines that voting by mail costs $56,238, an amount that includes vote-by-mail kits, software support and postage. Other costs, including advertising and labour, were not listed in the report. The report was also missing costs around online/telephone voting.

Further to a costing request for online voting, Mayor Ted Walker said, council could consider a combination of approaches.

"The results of (a recent) survey were in favour of in-person and online," he said. "We can even do a combination where we could have internet voting as our advanced vote, right up to and including election day. We could also have opportunity for people to come in and vote in-person at the polling station if they want."

The report listed some pros and cons of the mail-in and telephone methods.