A council information package shared online indicates that the town considers the matter closed, yet Coun. Bill Gordon says he is yet to see a settlement agreement to the effect.
Jul 30, 2020 1:45 PM By: Mehreen Shahid 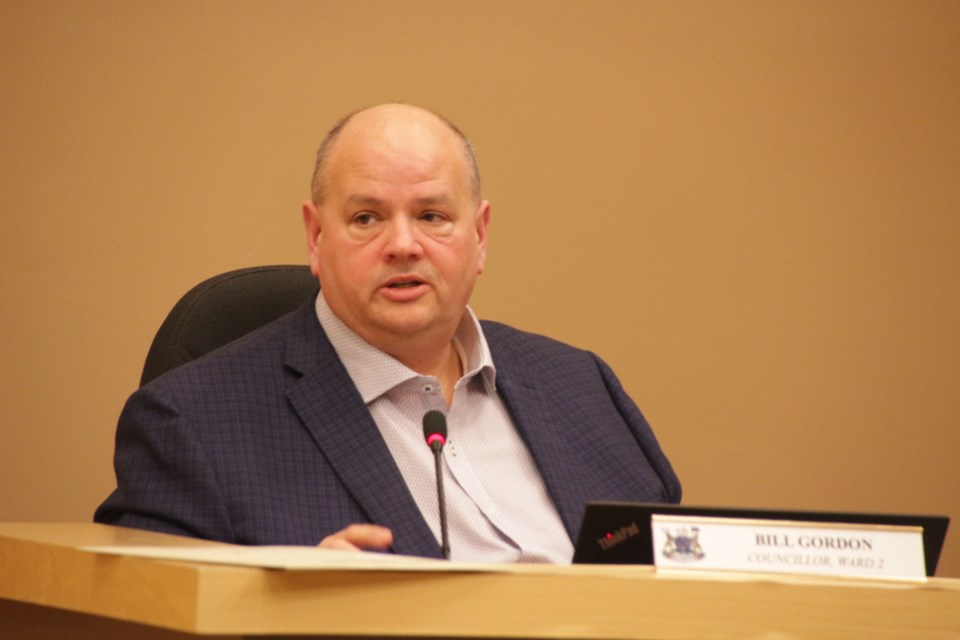 That was what Mayor Stewart Strathearn said in response to a motion by Coun. Carole McGinn requesting an update on the litigation.

The motion, which was defeated because it did not receive a seconder, sought information around the details of the settlement offered to Gordon and an expected date for when it would be signed.

The decision has been shared in a council information package (CIP) recently shared on the municipal website. McGinn's point was that the information wasn't shared widely enough and people would have to go looking for it, instead of it being announced at a public meeting, which may be viewed by more people.

"There are a lot of people in our communty that are not as technologically savvy as we are and certain people need to hear things verbally," she said, responding to Coun. Cody Oschefski's question about why she had brought forward the motion when two reports on the matter had recently been shared.

"There are some people who are just not able to access the internet and they're not reading the CIP. I think it's really important that it's verbalized for people who typically will use Rogers to get their updates. It's about trying to make sure we're reaching everybody and respecting that people digest (information) in different ways."

Oschefski had asked the question so he could decide whether he wanted to second the motion or not.

"I have a million things I'd love to tell people in Midland about the town," he said. "This isn't one of the stories that I would love to go out of my way to broadcast. The information is there and if anyone would like to see it, please reach out to one of us. I won't be supporting it."

Strathearn expanded on Oschefski's reference to the reports in the CIPs.

"There was a report placed on the July 6 to 10 CIP, which I believe will be coming up in the August 12 agenda," said Strathearn.

That report is a two-page account that outlines the town's chronology of events around the lawsuit. It also mentions the cost to-date: $95,000.

Strathearn said the same report also includes a confirmation of mitigating factors around the memorandum of settlement, which is an agreement between the municipality and Coun. Gordon that he would provide the encryption keys to the town. For that, Gordon would be "held harmless."

There's a second memorandum on the matter included in the July 20-24 CIP.

"And that says that we can confirm that records litigation against William Gordon has concluded on terms agreeable to the parties after Mr. Gordon provided the incription keys and related assistance sought by the town," said Strathearn. "With that, that matter is concluded.

"I would suggest to people that if they're that interested they go to the CIP on the council agenda," he added. "If you need assistance with that, reach out to a council member, I suppose."

Gordon, who was not allowed to participate in the discussion during the meeting, talked to MidlandToday later.

He said the fact none of his peers seconded the motion "shows me they're content with it and they want to let it play out. They have no vested interest in shutting this down or slowing the burn of tax money."

Gordon said he had also received the same CIPs.

"I got the update, too," he said. "I suspect they finally did that because of public pressure. There were a lot of people asking this is over why is this still happening. I'm glad she put it forward. I didn't see it going anywhere. I'm glad the mayor gave an update regardless."

However, Gordon said, he is still waiting for the settlement agreement to be delivered to his lawyers.

"It hasn't been drafted yet," he said. "I haven't signed anything."

A date for when such an agreement may be available wasn't provided in either of the CIPs or during the meeting.

Twins tackling 16-hour swim from Christian Island to Collingwood today
Aug 14, 2020 7:56 AM
Comments
We welcome your feedback and encourage you to share your thoughts. We ask that you be respectful of others and their points of view, refrain from personal attacks and stay on topic. To learn about our commenting policies and how we moderate, please read our Community Guidelines.