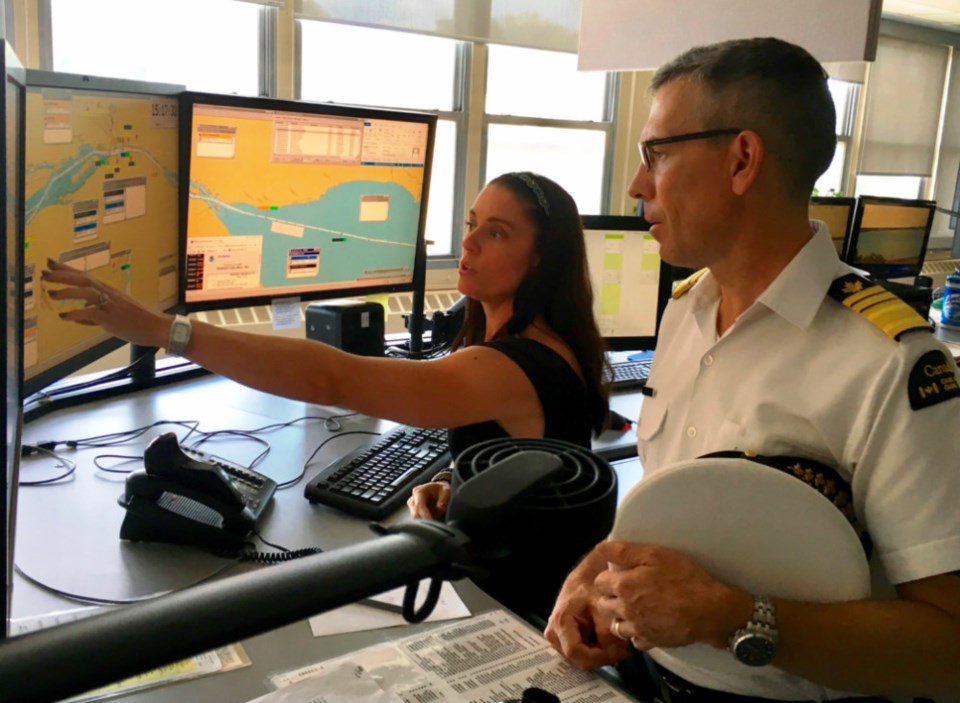 Coast Guard MCTS Officers are often described as the eyes and ears of the waterways. They work ashore in Communications centres and provide vital services for recreational boaters and professional mariners alike, with continuous monitoring of marine frequencies and response to distress calls. Their service also protects the environment and the safety of shipping by providing a wide range of information to commercial vessel traffic.

The Coast Guard’s Central and Arctic Region is hiring for MCTS positions in Sarnia (English Essential) and bilingual positions in Iqaluit (NU), Prescott (ON), Les Escoumins (QC) and Quebec City (QC). The Coast Guard will be at the Heroes Festival career village this weekend June 23 and 24. An information and testing session will take place Monday morning (June 25) in Wasaga Beach.

If you are interested in taking the MCTS aptitude test in Wasaga Beach, or if you want more information about the hiring process, you can send an email to: go-mcts-go-sctm@dfo-mpo.gc.ca. You can also call for more information at : 1-833-562-4224.

MCTS Regional Program Specialist Julie Knapp describes this career as challenging, fast-paced and, above all, rewarding.

“As an MCTS Officer you speak with vessel captains and crews in all kinds of situations, and are often the first contact in a marine emergency or crisis,” said Knapp. “During a marine emergency, you act as a go-between for Search and Rescue and the vessel in danger, and are often the voice those in danger look to for advice and comfort. You need to be able to multi-task and manage many issues at once. It’s good knowing that something you have said or done has made a positive difference to someone else’s day or job.”

It’s a 24/7 world and MCTS Officers provide service to the marine environment 365 days of the year. With the exception of the Arctic, shipping never stops. Consequently, potential MCTS Officers must be willing to accept shift work and work weekends and holidays.

MCTS training takes place on the east coast at the Canadian Coast Guard College in Sydney Nova Scotia, with a 23-week paid training course. This is followed by on the job training at an MCTS Centre before the trainee becomes certified as an MCTS Officer.

In addition to the recruitment booth the Canadian Coast Guard Ship Cape Providence, stationed at Meaford Ontario, will attend the festival to perform a search and rescue demonstration with a DND helicopter (subject to operational requirements).

Your chance to find out about the region's new health hub
Apr 25, 2018 2:49 PM
Comments
We welcome your feedback and encourage you to share your thoughts. We ask that you be respectful of others and their points of view, refrain from personal attacks and stay on topic. To learn about our commenting policies and how we moderate, please read our Community Guidelines.