TORONTO — When COVID-19 swept across Canada last year, Andre Mazerolle's 25-year career in marketing ground to a halt as he was laid off from his job. Gutted, the Oshawa, Ont.
Jan 24, 2021 10:00 AM By: Canadian Press 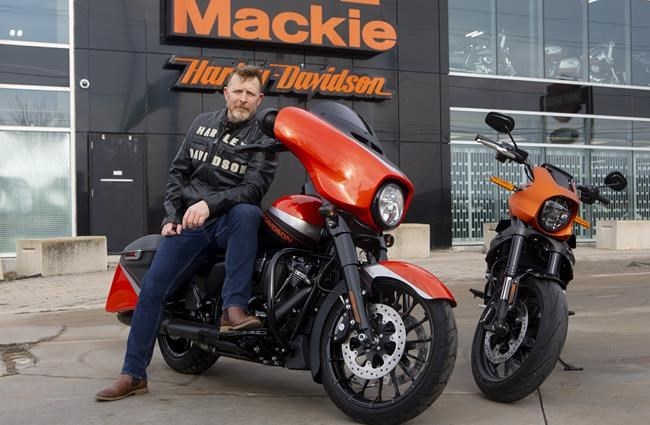 TORONTO — When COVID-19 swept across Canada last year, Andre Mazerolle's 25-year career in marketing ground to a halt as he was laid off from his job.

Gutted, the Oshawa, Ont. man poured himself into his motorcycle hobby while he tried to plot the next phase in his working life. Then a chance conversation with a friend made him realize there was a way to do both.

"She said, 'Hey, I got laid off too and I'm working at a motorcycle store selling parts and accessories....You should come and work with me,'" Mazerolle recalled.

"A week later, I was at the motorcycle store ... doing something I was passionate about."

Faced with hiring freezes, wage cuts and layoffs forced by the COVID-19 pandemic, Canadians like Mazerolle are making dramatic career changes. Others are seeking skills upgrades or shifting their hours after realizing their current jobs don't offer the stability and flexibility they need to raise kids or care for immunocompromised family members.

An online survey of 3,000 Canadians that Morneau Shepell released in November found 24 per cent say the COVID-19 pandemic led them to consider a job or career change.

Makenzie Chilton, a B.C. woman who runs career coaching company Love Your Mondays, said people around the world have been reaching out to her throughout the pandemic.

As the economic downturn continued, she said, more people were ready to consider bigger moves on the job front.

"Initially everyone was worried about their jobs because in March nobody knew what was happening ... (by) June, it was just an influx of people looking to create a change," she said.

Educational institutions are seeing an uptick in interest too. Ryerson University's Chang School of Continuing Education, for example, said enrolment for spring-summer courses in 2020 grew by 15 per cent when compared with 2019. Particularly popular were certificate programs in disaster and emergency management, advanced safety and health studies, it said.

The owner of Tellent, an organization that helps professional women find flexible work opportunities, said COVID-19 has triggered a "big pause" for Canadians juggling work, social calendars and kids, no matter what their plans looked like a year or two ago.

The pandemic pushed them to slow down or stop, she said. Many women even decided to make their career a second priority because daycares closed or their kids moved to virtual schooling.

"It sucks and it forces you to re-evaluate where you are and what you want, but I think that's a silver lining and a bit of a blessing for some people," Hargreaves said.

That slowdown came in March for Kristin Hoogendoorn of Milton, Ont.

Hoogendoorn has built a travel business over the past four years, and running it became her passion.

When the pandemic started, she cancelled more than 100 flights for clients and found herself worrying about her husband's work too because he's employed by an airline.

After more than a decade of self-employment, Hoogendoorn hadn't job hunted in years and her self-confidence was wavering, but she knew she had to do something.

She eventually sat down with career coaches who boosted her morale and helped her plot her future.

She's now seeking a part-time job, ideally something in sales or technology that's relatively pandemic-proof. She'll hang onto her travel business, but will keep it on the back burner until COVID-19 subsides.

"If I let it go completely I would be giving up and doing a disservice to (my clients) after everything that we've been through together," she said. "It's too hard."

Mazerolle, who moved from the first motorcycle company that hired him to working for Mackie Harley-Davidson in January, was quicker to make the career switch, but agreed it was an emotional process.

His anxiety was high and because of strict lockdown restrictions, he felt isolated and missed work.

"When I was let go, it was like I had lost this wonderful umbilical cord attaching me to all the people in my organization, and now they're gone too," he said.

Finding a new job was a chance to leave some of those hardships in the dust, but it came with a learning curve, even for a motorcycle lover like Mazerolle.

Now he is constantly learning about parts and accessories, getting excited about innovations Harley-Davidson is working on and talking to customers who love motorcycles as much as he does.

"It is kind of like a dream coming true, and don't we want our dreams to come true?"

This report by The Canadian Press was first published Jan. 24, 2021.

Note to readers: This is a corrected story. A previous version said that Andre Mazerolle had worked in marketing for five years. In fact, he'd worked in the field for 25 years.