TORONTO — A drop in gold prices moved the key metals and mining sector lower and stood in the way of a positive day for Canada's main stock index on Tuesday. "There's clearly some significant pressure on the gold names.
Mar 30, 2021 5:06 PM By: Canadian Press 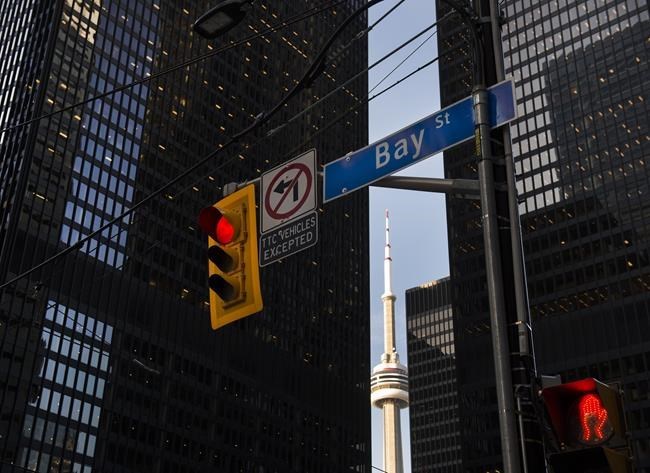 TORONTO — A drop in gold prices moved the key metals and mining sector lower and stood in the way of a positive day for Canada's main stock index on Tuesday.

"There's clearly some significant pressure on the gold names. That's the biggest drag on the TSX, otherwise we'd be much higher on the broader index," said Mike Archibald, vice-president and portfolio manager with AGF Investments Inc.

Materials sank 1.8 per cent with B2Gold Corp. dropping 6.7 per cent and New Gold Inc. down 6.4 per cent on lower gold prices.

Gold was pressured earlier in the day as 10-year U.S. bond yields hit a 14-month high of nearly 1.78 per cent, and never recovered as yields fell as the day wore on.

The precious metal was also hit by a strong U.S. dollar as the price of gold dipped below the psychological level of US$1,700 an ounce to its lowest point in three weeks, Archibald said in an interview.

"Gold is a bit of a fear trade and obviously right now there's less concern in the broader marketplace that things are challenged or bad.

"And so I think there's some pressure on the gold price."

Eight of the 11 major sectors on the TSX were higher as U.S. consumer confidence was strong in March, rising to its highest level in a year.

Health care gained 2.1 per cent on a 4.2 per cent spike for shares of Aphria Inc., while consumer discretionary increased as auto parts manufacturer Magna International Inc. rose 3.3 per cent and Linamar Corp. climbed 2.8 per cent.

Industrials increased on a good day for Air Canada and Canadian Pacific Railway.

The energy sector recovered from Monday's loss even though crude oil prices slipped after Saudi Arabia suggested demand estimates for 2021 were too high, ahead of an OPEC meeting this week.

The Canadian dollar traded for 79.17 cents US compared with 79.40 cents US on Monday.

Archibald anticipates the market will recover from a choppy March that comes to a close on Wednesday.

"We get through month-end and some pension rebalancing and I think (we'll) see a higher stock market in the month of April," he said, adding that Friday's jobs report should be good.

"There continues to be interest in putting cash to work in the broader equity market."

This report by The Canadian Press was first published March 30, 2021.