MONTREAL — A group of seniors at one of the first long-term care homes in Quebec to receive COVID-19 vaccines have threatened to sue the provincial government if they don't receive their second doses in the coming days.
Jan 6, 2021 4:35 PM By: Canadian Press 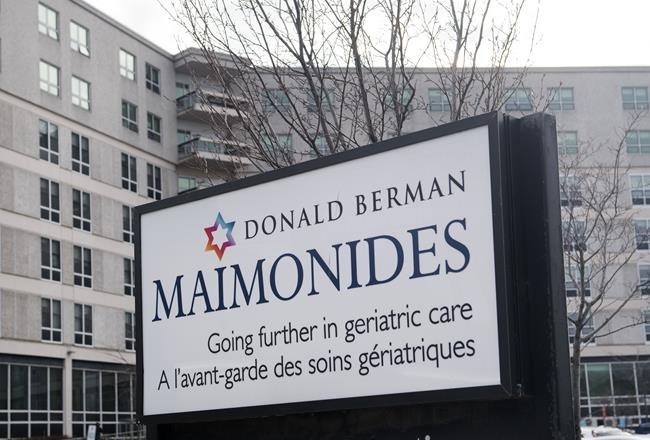 MONTREAL — A group of seniors at one of the first long-term care homes in Quebec to receive COVID-19 vaccines have threatened to sue the provincial government if they don't receive their second doses in the coming days.

A formal notice sent to Quebec's premier and health minister dated Tuesday said residents of Montreal's Maimonides Geriatric Centre consented to be vaccinated only with the understanding that they would receive two doses according to the manufacturer's instructions.

Quebec changed its vaccine strategy last week to administer all the doses it receives instead of holding half in reserve for booster shots.

The decision allows more people to be vaccinated more quickly, but means the wait for the second doses has been extended beyond the 21 days recommended by manufacturer Pfizer.

Lawyers Julius Grey and Vanessa Paliotti argue in the letter that Quebec's change in strategy constitutes a breach of contract in regard to Maimonides residents, whose appointments for second doses have been cancelled.

"Changing the protocol after administration of the first dose constitutes a breach of contract or an unacceptable change in governmental decisions while citizens relied on the first directive to consent to the vaccination," the letter said.

The residents indicated they'll go to court to seek an injunction if they don't receive their second doses within 72 hours.

The letter said there is medical evidence to suggest a single dose provides insufficient protection against COVID-19 and could even be counterproductive.

But Benoit Masse, a public health expert at the Universite de Montreal, says there's no evidence to suggest the residents will be harmed by delaying the second dose.

On the contrary, he said the existing evidence suggests that a single shot grants almost the same level of protection as both doses.

"It’s really striking when you look at the data, you obtain almost the full efficacy after two weeks," he said in a phone interview.

He said it's true that a vaccine's protection tends to wane after a certain period of time, which is why boosters are given. However, given the efficacy of the vaccine he said that won't likely happen for months, giving enough time to administer a booster later.

Given the "out-of-control" transmission in the province, he believes inoculating as many people as possible quickly is the right strategy.

"If I have two parents aged 80 and over, and if you give me two doses, do I give them each one dose, without knowing if I’ll be able to give a second in two, three, four weeks, or do I give only one of them a dose?" he said.

However, Masse expressed sympathy with the Maimonides seniors, who may not understand the government's reasons for deviating from the original plan.

He said his advice to the government would have been to communicate clearly with residents in order to explain the strategy and to reassure them that the vaccine is effective after a single dose.

This report by The Canadian Press was first published Jan. 6, 2021.