OTTAWA — Canada's chief justice says the Supreme Court will continue to hold virtual hearings beyond the COVID-19 pandemic if participants agree to them.
Jun 17, 2021 6:05 PM By: Canadian Press 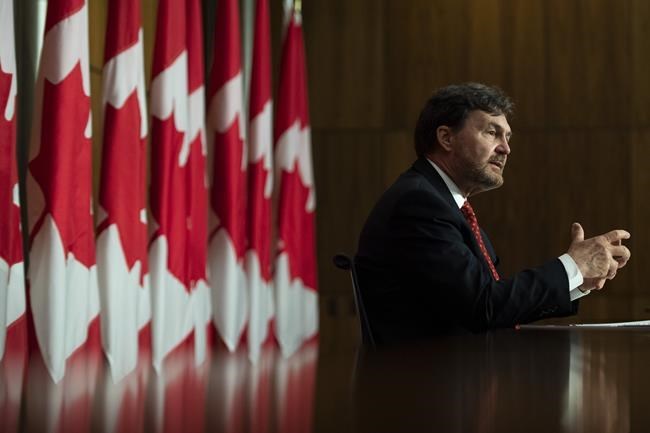 OTTAWA — Canada's chief justice says the Supreme Court will continue to hold virtual hearings beyond the COVID-19 pandemic if participants agree to them.

"Overall it has been a positive experience," Wagner said. "I imagine that going forward some clients would appreciate having the option to reduce the additional costs related to travel."

The Supreme Court began holding hearings via videoconference, as well as hybrid sessions, last year to help prevent the spread of the novel coronavirus.

Other courts across the country were also forced to quickly adapt, allowing use of audio and video technology for hearings as well as more digital documents.

"I understand Zoom hearings are permitting some counsel to work more efficiently and serve more clients at once because they have spent less time en route to and from courthouses," Wagner said.

He cautioned, however, that the court system should not become completely virtual.

Wagner noted some communities lack the robust internet and phone systems to conduct online hearings, and in many cases testimony should be given in person to preserve the solemnity of the process.

But he said the fact courts are embracing technological change is a sign that the justice system "now has an appetite for modernization."

Wagner also touched on changes in the judiciary, pointing to recent data that shows 45 per cent of all federally appointed judges are now women.

"There is also increased representation of judges who are Indigenous, racialized or identify as having a disability or are LGBTQ2," he said.

"When judges reflect the makeup of society, this builds public confidence in the justice system. Judges also benefit when they share a wider variety of perspectives and lived experiences."

Since becoming chief justice, Wagner has stressed the importance of making the top court's work more well-known and relevant to Canadians.

He said the court plans to hold two hearings in Quebec City in September 2022, and while there, members will meet with people in the community, as they did during a trip to Winnipeg in 2019.

This report by The Canadian Press was first published June 17, 2021.