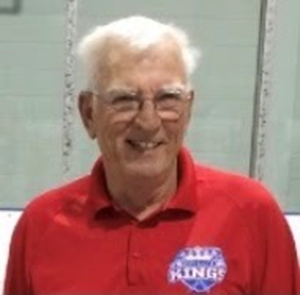 It is with great sadness that we announce the passing of Garry. Garry passed away peacefully surrounded by his family on October 9, 2020 at the age of 73. He is survived by his loving wife Sharon, his children Scott (Kim), Shelley (Ben) Russell , his mother Lois (father Boyd predeceased), his cherished grandchildren Carter, Cole, Max, Devin and Aiden. Brother of Doug (predeceased), Bonnie (Allan) Groves, Bo (Kelly), sister in law Wendy Collis (Edward predeceased) and his many nieces and nephews. He will be dearly missed by his many friends, family and Sisters. He was a long time employee of the Sisters of St. Joseph. He was an avid lacrosse enthusiast, hunter, fisherman, Canadian duck calling champion and loved all sports. He loved nothing more than coaching and watching his children and grandchildren play lacrosse and hockey. He could often be found and heard in the many arenas across Ontario cheering them on. Garry was a straight shooter and never shied away from offering his opinion. His children and grandchildren were his pride and joy. Garry was an avid coach who thrived on passing his love of the game on to all of his players. He often recounted many stories and fond memories of his coaching days to all. Each and everyone of his players held a special place in his heart. In his later years, he could often be found having coffee with his buddies at the many coffee shops around town. Garry was one of eight who were instrumental in bringing back lacrosse to Orillia in 1967. From that time forward he coached for over 40 years on many Ontario and Canadian Championship teams. Lacrosse was his passion. In lieu of flowers donations to The Orillia Minor Lacrosse Association would be greatly appreciated and can be made through the Mundell Funeral Home (705-325-2231). A Graveside Service will be held at St. Andrew's - St. James' Cemetery, Orillia. Unfortunately the gathering will need to be private so that numbers can be kept within the Covid-19 restrictions. We appreciate your support and hope to hold a big celebration of Garry’s life at a later date. He will live in our hearts forever.