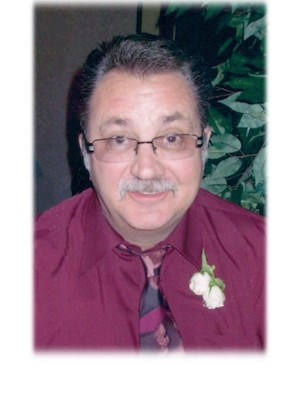 Passed away peacefully at Lakeridge Health, Oshawa on Tuesday February 6th, 2018 in his 63rd, year. Beloved husband of Phyllis (nee Briggs) for 40 years. Cherished father of Robert (Tina), and Jeanna Perrault (Aaron). Loving Grandpa  of Hailey, Noah, Dallas, Carter, Cole, and Charlotte. Son of the late Robin and Ellen Brigden. Dear bother of Stephen of Guelph, Stella (Wayne) of Orangeville, Susan (Ken) of Alliston, and brother in law of Jim Sanderson. Proud uncle of Lisa (Jay), Laura (Peter), Glenn (Janna), Ariana (Roger), Dane (Jing), Sturrock, Ronnie, Cameron and the late Brian. Allen will be lovingly remembered by his family and many friends. Visitation will be held at the Simcoe Funeral Home, 38 James Street E. Orillia on Sunday February 11th from 2-4 p.m. and 7-9 p.m. A funeral service will be held in the chapel on Monday February 12th, 2018 at 1:00 p.m. followed by a reception. As an expression of sympathy memorial donations may be made to the Orillia’s Soldiers’ Memorial Hospital or to a charity of your choice.