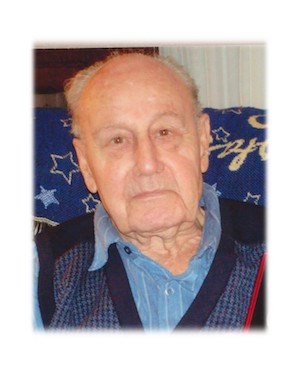 At Spencer House Orillia, on Thursday February 1st 2018 in his 95th year.  John Harvey of Orillia, beloved husband of Isobel Marion Harvey (nee Wilson) of 71 years.  Loving father of Brian (Edith), Louise Harvey-predeceased, Lee (Laurie) and Barbara McNichol (Paul).   Cherished grandfather of seven grandchildren and six great grandchildren.  Dear brother of Ralph Harvey and the late Donald, Paul and George Harvey.  A WW II veteran with the RCAF- squadron 435/436 stationed in Burma. Jack was a member of the Burma Star Association.  He was an employee of Simpson-Sears Toronto for 36 years.  He also served as a Judge’s Clerk with the Superior Court of Justice in Toronto for 15 years.  Special thanks to the staff at Spencer House for their care, support and compassion.
A celebration of Jack’s life will be held at the Washago Community Center, 4361A Hamilton Street, Washago on April 21st from 1:00 until 4:00 p.m.
Memorial donation to the Alzheimer Society of Simcoe County would be appreciated.