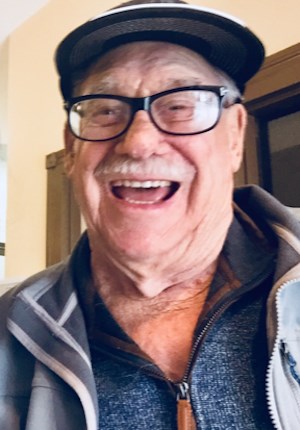 It is with great sadness the family of James (Jim) Carnwath MacGorman announce his death on October 6, 2020 at Soldier’s Memorial Hospital in Orillia. Born in Hopewell Hill in Albert County, New Brunswick on November 22, 1928, Uncle Jim was in his 92nd year. Uncle Jim is survived by nieces Marlene MacAfee (David) of Cambridge-Narrows, NB and Gayle Murray (Eric) of Apex, North Carolina. Uncle Jim will be greatly missed by his great nephews, Joshua and Benjamin and great niece Caroline of Apex. Jim was predeceased by his parents Carrie (Turney) and William MacGorman of Hopewell Hill, his brothers Turney MacGorman of Hopewell Hill and Donald MacGorman of Sarnia and sister and brother-in-law Doris and Malcolm MacAfee of Saint John, NB. Having grown up in New Brunswick Jim moved to Toronto where he was self-employed in the aluminum siding industry. He spent summers at the cottage on Lake Simcoe with his brother Don. Uncle Jim loved driving their motorboat and all the kids learned to waterski. In winter he snowmobiled. Jim always said he decided to retire right after all of his tools were stolen from his truck overnight. He moved to Orillia full-time where friends and neighbors became like family. Jim had a kind heart and always looked to lend a hand: deliver a newspaper, mow a lawn, drive others to appointments, care for a pet. In 2018, Uncle Jim moved to The Atrium in Orillia where he quickly made more friends who have meant so much to him. He became known as the “cookie man” and he would serve cookies and tea and assist his new friends in any way he could. Uncle Jim loved having fun and was always ready to tease and joke. Uncle Jim travelled throughout his life, the warmer the better. Florida sunshine or his wood stove at home, he loved the heat. Visiting family and friends in New Brunswick and North Carolina or welcoming them at the cottage; this was his greatest delight. Sunday evenings were a special time to call his school chums back home. The family would like to thank Dr. Joel Runk, Dr. Price-Jones, Dr. Tyler Gray and Dr. Vimalendran and their teams, who cared for Uncle Jim over the years so very well. Uncle Jim also received exceptional care in the ICU at Soldiers Memorial and we so appreciate the medical team who cared for him. We would also like to thank the staff and his wonderful friends at the Atrium for making him part of your family and caring so well for him. Jim's special neighbours, at the lake, continued to reach out to him with visits, calls, breakfasts; generosity which has meant the world to his family. Some were with him in his last hours. Thank you! Cremation has taken place and burial will take place in Hopewell Hill with a special time of remembrance, at a later date. Arrangements entrusted to Doolittle Chapel of Carson Funeral Homes, 54 Coldwater St. E., Orillia, (705) 326-3595.