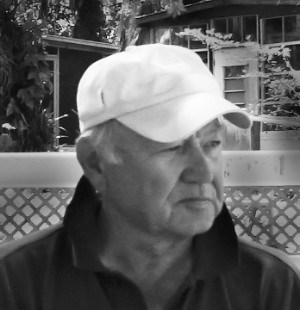 Passed peacefully at home in Orillia on Saturday April 28, 2018 in his 75th year.  Bernie will be sadly missed by his son Jordan and by his daughter Lindsay (Travis Freeman) Montgomery, by his granddaughter Ava, by his brother Ronald (Janet), and by his cousin Jeffrey (Tina) Contois.  Bernie worked as a Typesetter at the Packet & Times for more than 25 years, then he became a building contractor and ran his own business.  He was an avid golfer at both Hawk Ridge in Orillia and at Zellwood Station where he wintered in Florida.  Private family services will be followed by an interment of cremated remains with his parents at Bethel Cemetery at a later date.  If desired, memorial donations may be made to the Orillia Branch of the SPCA or Heart and Stroke, and will be accepted bythe Doolittle Chapel of Carson Funeral Homes, 54 Coldwater St. E., Orillia, (705) 326-3595.