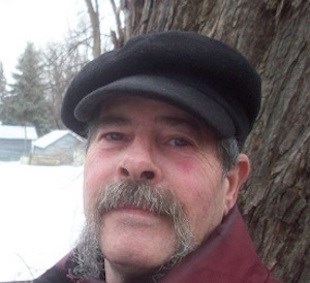 It is with great sadness that the family of Bruce William James Phillips announces his sudden passing at his home on Sunday February 18th, 2018.  Bruce was in his 67th year.  Bruce was a devoted loving father and enjoyed many road trips with Daughter Amanda, Son Brinley and future Son-In-Law Rick Furtado.  He is also survived by his Sister Dale (Russell) Wilcox and Brother Brian Phillips. He was a loving Uncle to Evan (Alison) Phillips, Carissa (Shawn) Lester and Victoria (John) Phillips, Tanya (Antonio) Fongang, Sean Wilcox, and numerous grandnieces and nephews.  Predeceased by Father, Ivor Phillips and Mother, Dorreta (nee Karn) of Chesley, Ontario.  Bruce attended the University of Waterloo and worked throughout his life in the construction industry.  Most recently he was a Project Manager for Bremor Engineering of London Ontario.  He could point to many of the buildings at Camp Borden, dozens of Costco’s, Shopper’s Drug stores, Banks, LCBO’s, church’s and car dealerships, across Ontario, where he and his crew had constructed or re-vamp the buildings. This included erecting the Spirit Catcher sculpture situated on the shore of Kempenfelt Bay in Barrie, Ontario.  In his younger years, Bruce was a member of the Canadian Reserves Forces, and an avid fisherman and hunter. To this day, he enjoyed white water canoeing/kayaking with his friends, and riding his motorcycle with his family.  In previous years he had been President of the Coldwater Conservation Club, and coordinated the Coldwater White Swan Swim fundraising event for many years.  Bruce was a talented story teller and known for his dry sense of humour, quick wit and long punch lines.   A celebration of his life will be held Saturday February 24th at the Mundell Funeral Home, 79 West St. N. Orillia, ON. Visitation beginning at 11am, a short service at 1pm, followed by the celebration.  In lieu of flowers, donations can be made to the Heart and Stroke Foundation of Canada and Ducks Unlimited Canada.