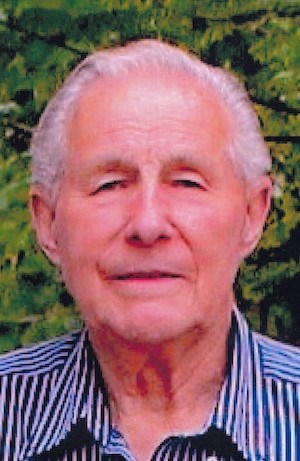 At his home in Severn, on Friday November 16, 2018, with family by his side, in his 86th year.  Born in Orillia to Harold and Helen Rolland (Morrissey) Predeceased by his wife of 52 years, Joan Rolland (Sydney). Also predeceased by his daughter Jennifer and son Timothy. Survived by his sons Blaine (Treena), James (Donna) and daughter Caroline. Predeceased by his brothers Nicholas and Paul (Alma) and sister Louise Gavin (Rocknie). Survived by his sister Rosemary Vasey (nee Rolland) and brother Neil (Marilyn). He had a great passion for the outdoors and spent many hours fishing local lakes, especially Lake Simcoe. Among his other interests was history, particularly of Orillia and its early waterfront development and could talk for hours on the subject. He spent part of his working life with Rolland Boat Livery, a waterfront business which was started by his grandfather Frank in 1900. The ownership of the business later passed to his father Harold and eventually to he and his brother Neil. He will be remembered by many nephews, nieces, grandchildren and great grandchildren. A heartfelt thank you goes to his very close friend Jean Earl for her dedicated support and caregiving in his final months. As per his wishes there will be no funeral service. Cremation has taken place and a private interment will occur in the spring at the Marchmont Cemetery.

Messages of condolence can be sent to rollandfamily002@gmail.com