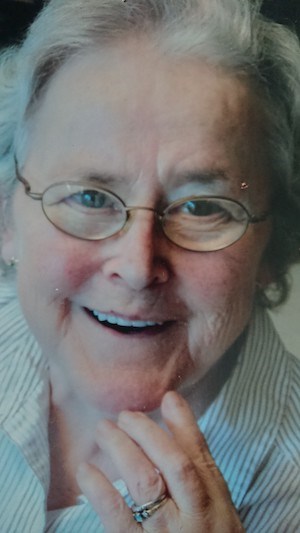 It is with great sadness that we announce the passing of Carol Stewart ( nee Kitchen) at the age of 86, on Thursday March 14, 2019 at the Coleman Care Centre in Barrie. Carol passed with her daughter Donna and grandson Carson at her side. Beloved wife of the late Frank Stewart and the late John Monteith. Loving mother of Donna (John) Trempe, Jay (Diana) Monteith, Stepmother to Margaret Ann Lawrence and Sean Stewart. The best Gramma ever to Carson, Cole, Reid, Shane, Taylor and Amy. Predeceased by her precious granddaughter Courtney.Dear sister to the late Ross (Freda) Kitchen, the late Bernice (Richard) Martin, the late Mildred (Allan) Colville, the late June (Jimmy) Grassie, the late Beryl (John) Zaroslinski, the late Norman (Catherine) Kitchen, the late Anna Marie (Ron) Cardwell and Heather (Bruce) McWhirter. Carol will be lovingly remembered by her many nieces and nephews, and by her many friends. The family would like to acknowledge the amazing staff at the Coleman Care Centre for the tremendous care and love shown to Carol over the years, but particularly over the last difficult week, you are the best. As expressions of sympathy donations to the Alzheimer’s Society would be appreciated. Condolences to the family may be sent through www.barriecremationcentre.com