Mushrooms are easy to find, but much more difficult to identify, so our outdoors columnist offers some helpful hints for your 'shroom adventure
Sep 27, 2020 11:30 AM By: David Hawke 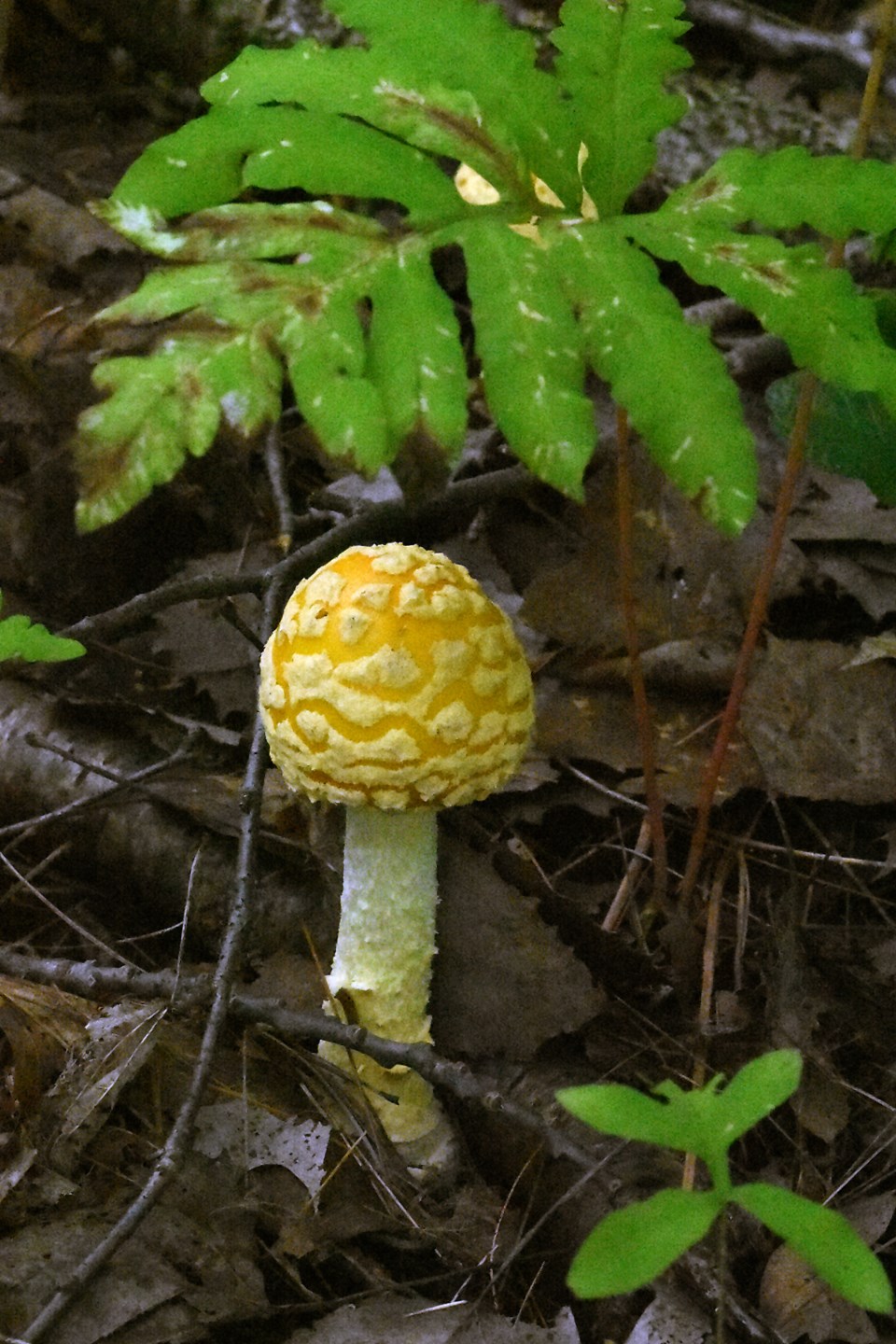 There are many different mushrooms growing in our area. This one - an Aminita muscaria - was photographed at Grant's Woods. David Hawke/OrilliaMatters

As late-summer September drifts into early-autumn October there can be found a fair bit of excitement in the natural world.

Birds are migrating, mammals are stocking up on their winter cache of food and fat, and many insects have either found a cozy place to hibernate or at least a protected spot to lay their eggs.

But for many of us the thrill of autumn is found on the forest floor… it’s mushroom season!

Those folks who seek mushrooms are generally divided between those who ask “can I eat it?” and those who ask “how can I identify this marvelous structure?”

As I personally shy away from the culinary discussions of ‘shrooms, the following is an introduction to figuring out how to attach a name to the colourful toadstool sprouting atop the trailside rotting stump.

There are a couple of things you must keep in mind when identifying mushrooms:

And I would add that it would be nice of you to order them through a local bookstore rather than from the internet giants. Just saying.

Several things have to be looked at or made note of when identifying a mushroom. Taking a quick photo won’t cut it; you need some details to round out your investigation.

Make a note as what the thing is growing on… hardwood log or conifer logs? In the soil under hardwoods or under conifers? Or under mixed wood? Was it on rotting material (such as horse manure, dog poop, or decaying carrion)?

To truly get to know your mushroom, you have to destroy it. Let me explain.

First division of the identification flow chart is: does it have gills, or not? To see this you have to pluck the dear thing and turn it upside down. The field guides tend to be laid out in two broad sections: gilled or non-gilled. Now you are on your way but still a long way from a confirmed identification.

If you have a gilled mushroom, the next step is to determine if its spores are pink, brown, light or dark in colour. To do this the mushroom cap has to be placed on a piece of paper and left alone for several hours. When you just can’t wait any longer, lift the cap and, wow, look at that, a spore print!

Now suppose your mushroom in question does not have gills, it’s just a weird shape or maybe has a sponge-like underside. Now what? This is a large group of mushrooms that includes Sac Fungi, Jelly Fungi, Bracket Fungi, Tooth Fungi, Coral Fungi, Sponge Fungi (Boletes), and a unique little group known as Puffballs and Friends. Easy breezy, eh? Not!

Oh, and don’t forget about slime moulds. These are sometimes slimy, sometimes gross, always fascinating because the travel around the log on their own!

What kinds are there? Type 1: Sporangium (individual structures); Type 2: Aethalium (individuals that move and join together); Type 3: Pseudoaethalium: (together but not joined); and Type 4: Plasmodiocarp (create vein-like structure).

Are you still with me? Pretty daunting, I know. Try to tackle this project one or two mushrooms at a time.

Not covered yet are things such as: is the stem brittle or soft? Smooth or fuzzy? Hollow or solid? Is there a skirt around the stem? Is there a bulb around the base? To get to the answer the mushroom in hand has to be completely dismantled.

Keep in mind that a mushroom growing on a log is like an apple on a tree… it is the reproductive part of the structure and picking it does not kill whole thing. Mushroom roots, called mycelia, may run for many meters underground or through the rotting log. So picking one is not going to disrupt the entire global food chain like a butterfly can by flapping its wing. (A little eco humour there.)

However, despite the above paragraph, please do not go out with a collecting basket and pick every flipping mushroom in the woodlot! This happens, unfortunately, with group mushroom forays consisting of several keen amateur fungus pickers.

Twelve people picking two dozen mushroom each depletes the woodlot pretty quickly. And really, you will only have time to identify about three before you get frustrated and leave the rest of the basket to rot. Been there, done that, don’t you do it!

Or… just take a wander and look for these colourful and oddly-shaped additions to the woodlot. The greater the number of varieties and the denser the populations of fungi, the greater the natural value and richness of the forest soil. Perhaps you can be happy with just making note of that during your walk.

Remember, whether you are a fungi or a fungal, take the time to appreciate the vast array of mushrooms that can be found literally at your toes.

Changing seasons create challenges for snakes, other critters
Oct 4, 2020 11:30 AM
Comments
We welcome your feedback and encourage you to share your thoughts. We ask that you be respectful of others and their points of view, refrain from personal attacks and stay on topic. To learn about our commenting policies and how we moderate, please read our Community Guidelines.