COLUMN: Winged migrants are coming home to roost, and to nest

Birdwatchers will soon be abuzz reporting on new arrivals, cars will patrol back roads and clusters of telescopes will be in evidence, says outdoors columnist
Mar 7, 2021 11:30 AM By: David Hawke 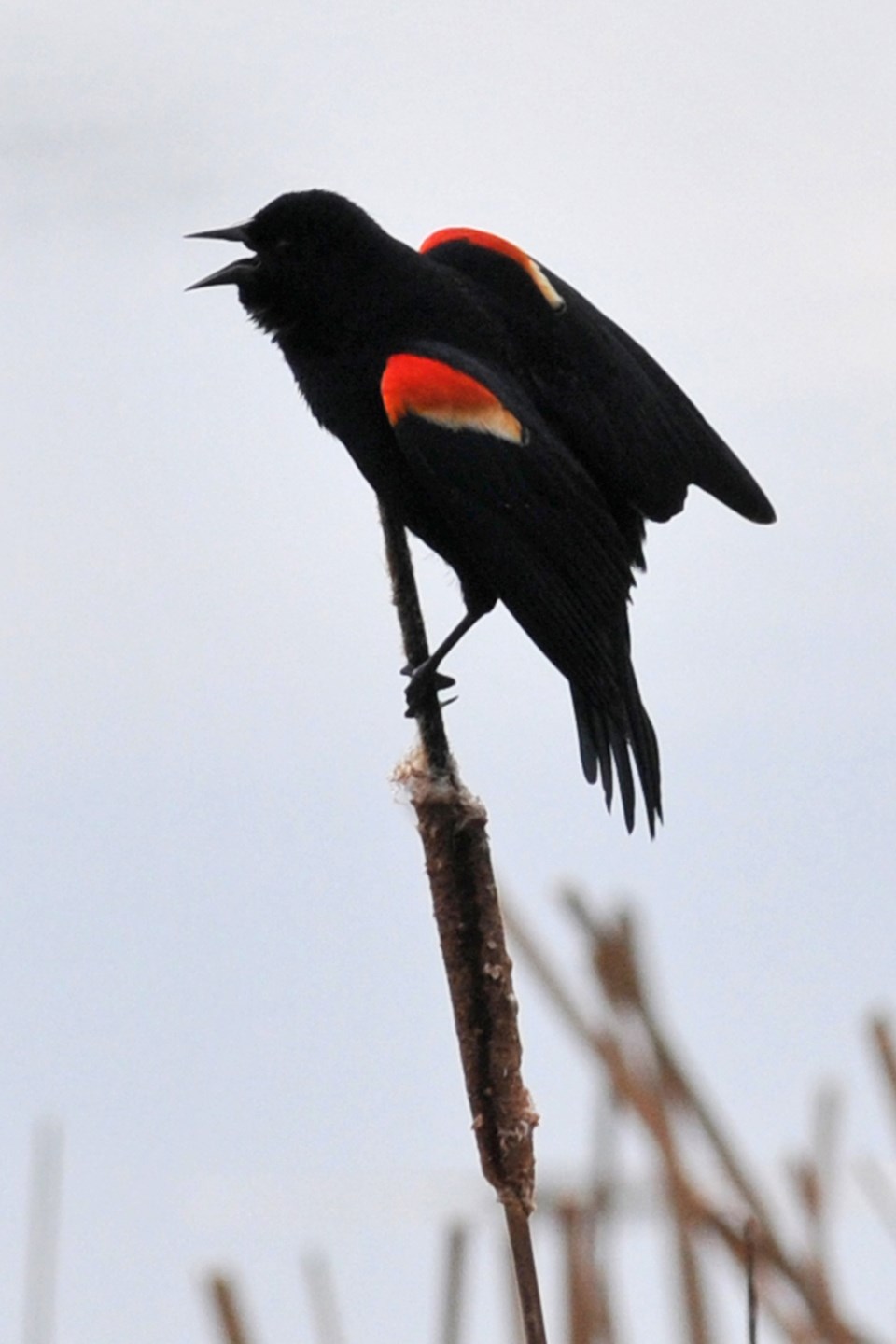 The returning migrants will soon be arriving daily, those birds that have completed their winter get-away trip and are coming home to roost, and nest.

Although we still have a thick layer of snow remaining, these birds are running on an internal calendar clock that says it's time to get on with the business of procreation.

For the male red-winged blackbirds, there is a checklist of items that must be accomplished. First, get home. This northwards flight of the migration will take them through storms of wind, snow and ice, as well as challenge them to find enough food along the way to sustain their energy.

Second, get there first. The early arrivals will begin claiming territory and the late-comers will either have to do battle or keep moving on. In the big picture it probably doesn't really matter who gets there first as there will be numerous skirmishes won and lost, but no doubt there is a certain avian macho satisfaction to be the first to cry "oh-ker-ree" from the puffy head of an old cattail.

Third on the list will be to attract a fine lady friend, or two, or three.

However, one of the frustrations to being a male redwing is that you have to wait for the females to get their act together and finally show up. Sometimes this wait can stretch into two or three weeks. So much for being the first one back to the ol' marsh.

The girls will arrive in their own sweet time when the snow is gone, the food is plentiful and the flying divine.

As the girls fly by, the lads with the bright red wing patches will call and display like, well, like love-starved males. "Hey babe! Over here! Nice clump of cattails here, great nesting opportunity! Hey! Hey!"

Admittedly this translation is part guesswork on my behalf, being a loose translation of what the bird guide describes as simply "oh-ker-ree."

Once a harem has been assembled, nest building will begin. As any guy who has had a harem will know, it is a full time job keeping an account of the ladies.

Some want to get on with mating and nesting (as they should) but others are still sneaking a look at the guy next door. Lacking the ability to install chain-link fences, male blackbirds have to keep patrolling their boundaries to ensure neighbour Bob stays over there while little lady Jane stays over here. Harem tending is a demanding job.

Not all bird species birds subscribe to this dash back-and-forth between continents migration nonsense.

Chickadees, blue jays, crows, and woodpeckers stay put all winter, holding on to the homestead as best they can. Boundaries disappear over the course of the snowy season as they get neighbourly with each other; however, as the daylight hours increase so too does the urge to re-establish some sort of order as to the division of the woodlot.

Chatty little "chick-a-dee-dees" are replaced with the purposeful whistle of "sweet spring" as rotting birches are excavated in preparation for this year's clutch of eggs.

Crows begin to find reasons to miss the big flock gatherings, preferring to spend some quality one-to-one time with the missus. Mr. Crow is amazed how easily Mrs. Crow is impressed with a little gift like a stick.

"Here dear, have this awkward to handle stick I found. And here’s another. Wow, this is easy." And suddenly, somehow, a nest is made.

Even the wild turkeys are prepping for another season of egg laying, despite the amount of snow still on the ground. The big ol' toms will soon be starting to practice their puffed up 'look at me' stances, spreading their tails and dropping their drawers, er, I mean wings. So far the hens are still being way too practical, remaining to be focused on finding seeds.

Not surprising (at least to me) it's the quieter birds that have already moved from showmanship to raising young. Horned larks and mourning doves will be on their eggs by mid-March, their nests have been constructed with quiet expediency and efficiency. This early start to the nesting season will give them time to raise two or more sets of youngsters over the coming months.

Birdwatchers will soon be abuzz reporting on new arrivals and flock sizes. Cars will patrol back roads and clusters of telescopes will be found scanning open water areas.

Binoculars tend to appear like mechanical implants on the faces of dedicated birders, and field guides are consulted with religious fervor… then it's a race to post their sightings on the local website, because it’s always a competition to be the first… “Hey, hey! Look at me! First sighting of red-winged blackbird! Hey, Hey!”

Birds, birding and spring… how sweet it is. And maybe we can learn a few things along the way: “Helloo Julie, I brought you a 2x4! A twelve footer! Can I build you something? Bet you're impressed, eh!”