The busy highway, near Beaverton, has been closed in both directions so officials can investigate the two-vehicle crash
May 4, 2021 11:55 AM By: OrilliaMatters Staff 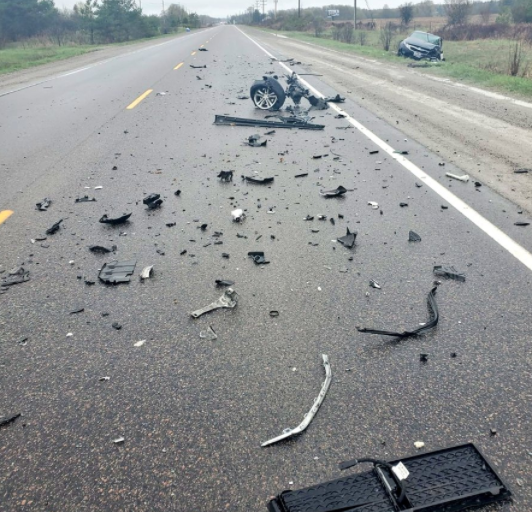 One person was killed after a head-on collision occurred on Highway 12 near Beaverton Tuesday morning.Supplied Photo

UPDATE (11:55 a.m.)
OPP say the victim of the crash was a 31-year-old from Beaverton. The person's identity was not released.

A media relations officer said the highway was expected to re-open at around noon.

ORIGINAL STORY:
A person has been killed in a head-on crash on Highway 12 earlier today.

Sgt. Kerry Schmidt says Highway 12, at the 5th Concession of Beaverton, is shut down in both directions while the collision is investigated. It's expected to be closed for several hours.