Lindsay resident slapped with $1,130 fine for not quarantining

Resident had been ordered to self-quarantine for 14 days after returning to Canada from a foreign country
Oct 16, 2020 12:50 PM By: OrilliaMatters Staff 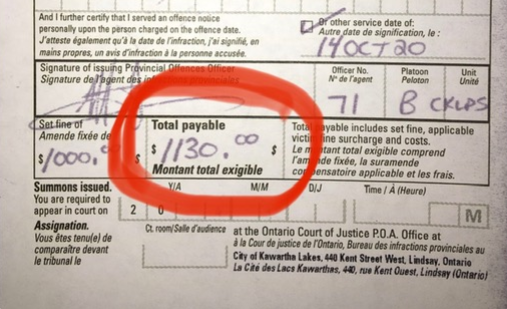 A Lindsay resident is facing a big fine after being charged with failing to self-quarantine. Contributed photo

Officers were informed that a Lindsay resident had been ordered to remain inside their home, in quarantine for 14 days, after recently returning to Canada from a foreign country.

When officers attended the home, they learned that the resident was away, visiting another community and not abiding by the quarantine order.

The Kawartha Lakes Police Service returned to the residence on Oct. 14 and issued the person a Provincial Offence Notice for “Failure to comply with an order prohibiting or subjecting to any condition of entry into Canada” contrary to section 58 of the Quarantine Act.