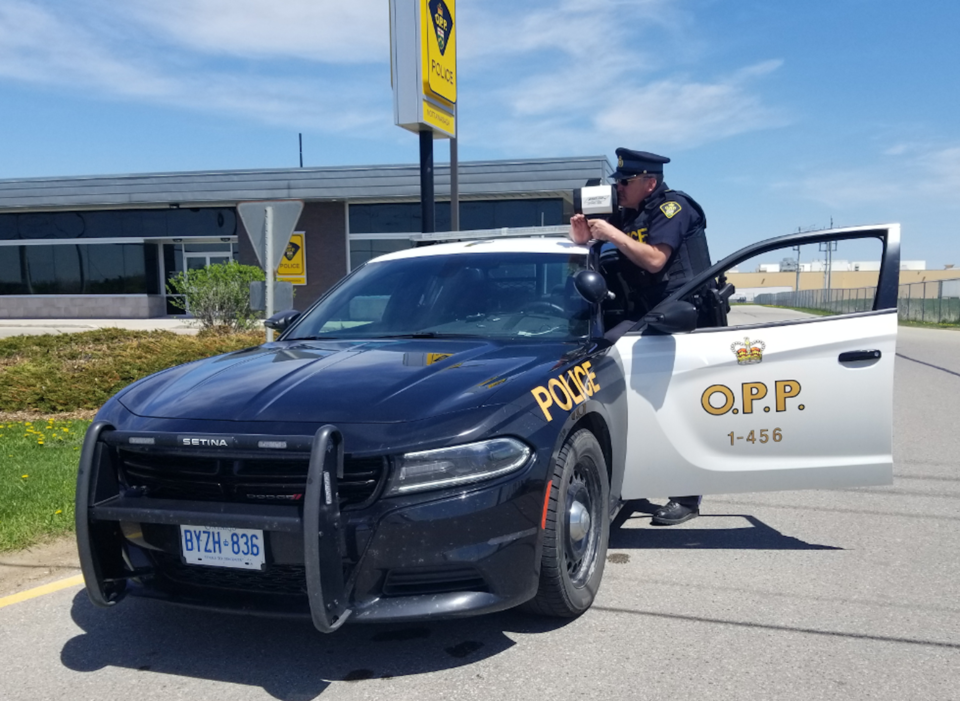 NEWS RELEASE
ONTARIO PROVINCIAL POLICE
*************************
Thousands of drivers throughout the province chose to be issued traffic citations rather than be the safe motorists the Ontario Provincial Police (OPP) had hoped they would be over the Civic Day Long Weekend.

Despite letting drivers know about their Move Over Campaign ahead of the long weekend, the OPP laid 355 charges against drivers who were in a position, but failed to slow down and, when safe to do so, change lanes for emergency vehicles and tow trucks parked on the roadside.

Aggressive drivers dominated the traffic offence categories, with officers laying 4,837 speeding charges and 148 stunt driving/racing charges. Speed violations accounted for more than half of the 8,377 traffic charges issued by the OPP over the long weekend.

Sadly, two men, aged 29 and 37 were killed in separate motor vehicle collisions on OPP-patrolled roads. Driver inattention and excessive speed were reported as the primary causes in the incidents.

The weekend was cut short for two other men, aged 27 and 41, who were killed in separate off-road vehicle collisions. The OPP reported loss of control and excessive speed as primary causes and alcohol being a factor in one of the incidents.

With many weeks of summer remaining, the OPP is reporting that loss of control and excessive speed were contributing factors in nine of this year's 12 off-road vehicle deaths. More than half of the deceased were not wearing a helmet and alcohol/drug use was a factor in at least three of the incidents.

The OPP is encouraging Ontarians to exercise the positive influence they can have on family members who drive off-road vehicles. Remind them that those who do not wear a helmet, drive under the influence of alcohol/drugs and are not mindful of speed are the off-roaders who are least likely to make it home safely to their families at the end of their ride.