Motorcycle collision on Highway 11 sends one to hospital 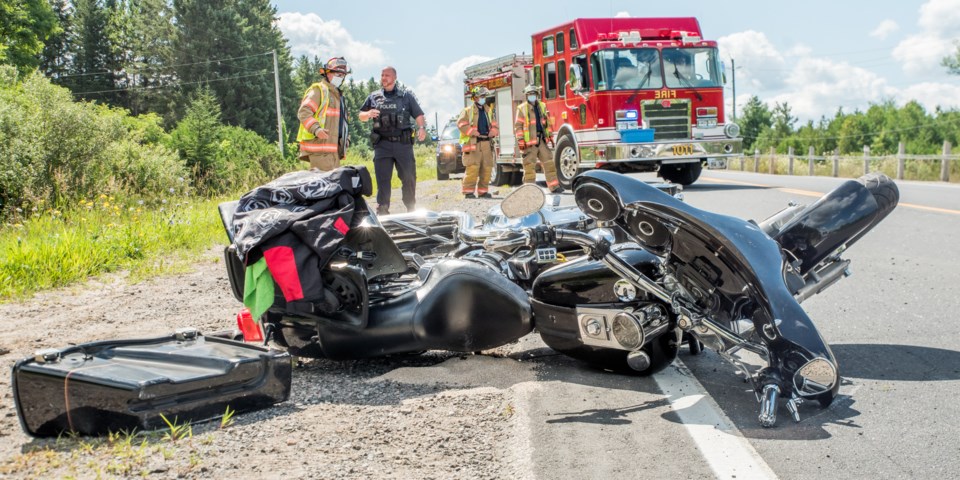 The driver of this Harley Davidson motorcycle was taken via ambulance to hospital after this crash earlier today. Paul Novosad Photo

At approximately 11:30 a.m. Saturday morning, Bradford Fire and Emergency Services were called to a motorcycle crash on Highway 11 near Line 10 Bradford.

A Harley Davidson motorcycle rider lost control and crashed on the highway.

Witnesses said the operator had hit the brakes in order to avoid hitting the vehicle ahead of him and lost control.

The rider was treated on scene by Simcoe County paramedics and transported to Southlake Hospital.