The purpose is to help reduce emergency room visits and repeated calls for police involvement
Jul 31, 2019 7:45 PM By: OrilliaMatters Staff 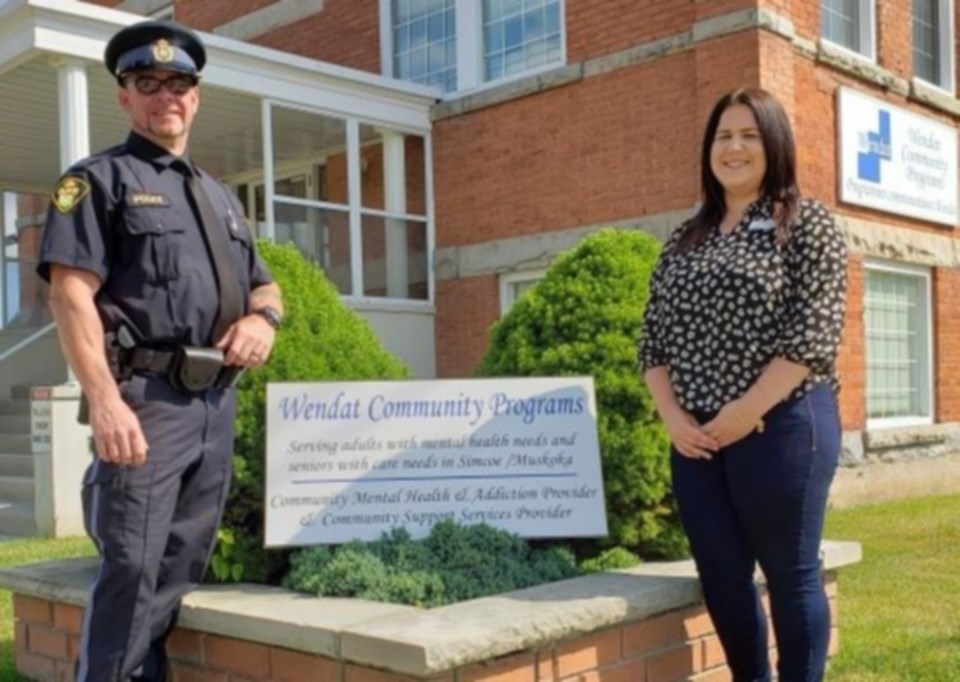 The Southern Georgian Bay detachment of the Ontario Provincial Police (OPP) and Wendat Community Programs in Midland have partnered together to create the North Simcoe Crisis Management and Resource Team (CMART).

The CMART's mandate: to assist those who are experiencing a mental health crisis, via initial crisis response or by directing them to the appropriate services that will facilitate ongoing treatment, support and stabilization in the community.

The launch of the CMART program has been made possible by funding to Wendat from the North Simcoe Muskoka LHIN with additional funding from the town of Midland, town of Penetanguishene, Tiny Township and Tay Township.

The two work together to assist in the response to incidents reported to police involving a mental health component. The purpose of this partnership is to help reduce emergency room visits and repeated calls for police involvement.

"Wendat has always worked closely with Midland Police and now OPP and we are so pleased to formalize this partnership. Providing treatment and care in the community for mental health crisis, it is a win win for the OPP, the hospital, Mental Health Service providers, it is good for everyone," said Andrea Abbott-Kokosin, Executive Director at Wendat. Since 1988, Wendat Community Programs has been providing care, treatment and support for adults with mental illness and seniors with care needs in North Simcoe.

"The CMART assists community members when they are in crisis and more importantly following a crisis; reducing the cyclical effect of police calls for service and hospital emergency department visits. The benefits to this program are very far reaching" said Staff Sergeant Lee Jeannotte of the Southern Georgian Bay OPP detachment.

Since the program became operational the team has responded to a number of people experiencing a crisis. In addition to initial response, the team continues to assist those in need through visits, phone calls and referrals to help prevent and divert repeat calls to frontline officers when community programs may be a better fit for the individual.

The follow-up conducted by the team during the pilot project has reduced hospital visits and the expectation would be for that trend to continue.