Officer killed in line of duty once called Barrie home 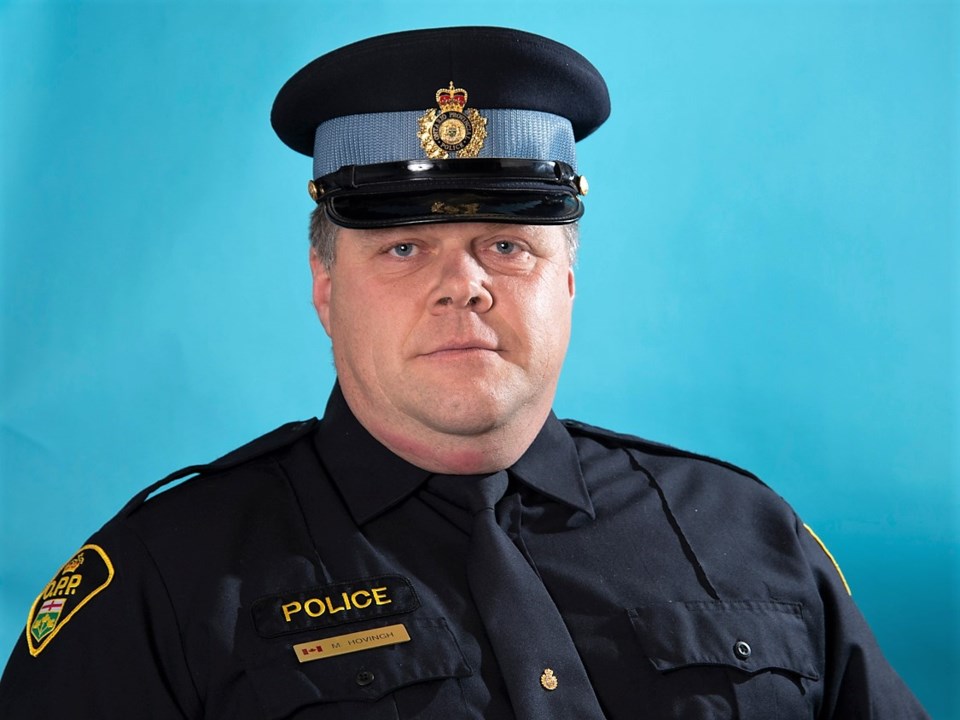 OPP Const. Marc Hovingh was killed in the line of duty on Nov. 19. Image courtesy of the OPP

An Ontario Provincial Police officer who died while on the job yesterday spent a large part of his youth in Barrie.

OPP Const. Marc Hovingh, 52, died on Nov. 19 in the line of duty after being fatally shot during a police interaction related to a property dispute in Gore Bay. Another person at the scene also died as a result of the interaction.

Very few details have been released about the incident, and an investigation into the interaction is being conducted by the province's Special Investigation Unit. On Friday afternoon, OPP announced they would be partnering with the Greater Sudbury Police Service (GSPS) to investigate the death as a homicide.

Hovingh, who grew up in Barrie, attended Timothy Christian School. His family was active in the Dutch Christian Reform community.

Barrie's Deputy Mayor Barry Ward posted condolences to the Hovingh family on Twitter, as Hovingh's mother once worked for Ward at his bookstore.

"She was my longest-serving employee and also became a good friend," wrote Ward. "Marg and I extend out deepest condolences to the family."

While the Hovingh family left Barrie before he finished high school, Hovingh went on to have a 28-year career with the OPP before his death.

Many people might recall Helen Hovingh from my days as a bookseller. She was my longest-serving employee and also became a good friend. One of her sons was the OPP officer killed in a shooting Friday on Manitoulin Island. Marg and I extend our deepest condolences to the family. pic.twitter.com/wCK2IK8e0O

Hovingh's family has asked for privacy at this time.

“Our hearts are with his family, friends and colleagues at this tragic time,” said Carrique.