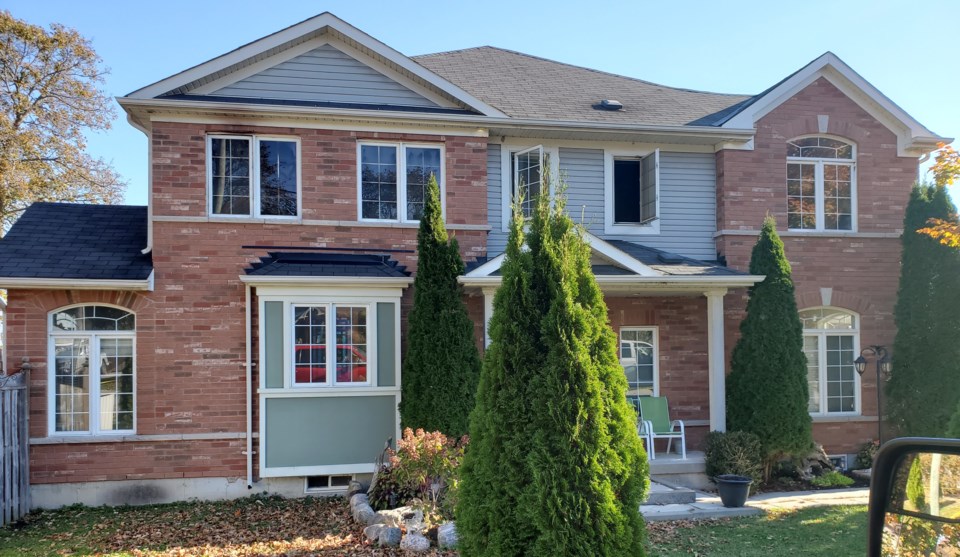 Orillia firefighters were called to 478 Regent St. early this morning for a fire that has been deemed suspicious. Investigators from the Ontario Fire Marshal's office and the Orillia OPP remain on scene investigating.

Orillia OPP detectives and two investigators from the Ontario Fire Marshal’s office are investigating a “very suspicious” early-morning fire at a townhouse in the south end of Orillia.

“On our arrival, there was just smoke left in the building,” said Thomas. “The fire had burned itself out, so there was very little firefighting that was needed to mitigate the fire.”

He estimates about $150,000 in smoke and fire damage was sustained in the unit - the end unit of a four-townhome building at 478 Regent St.

The @ONFireMarshal has assigned 2 investigators to support our partners from @OrilliaFire and @OPP_CR with determining the cause of an overnight fire on Regent Street. There are no injuries reported.

Thomas said there were no injuries and the damage was contained to the one unit. He said there was no need to evacuate other units, however, the neighbouring family decided to leave “due to the commotion.” They have since returned.

Thomas said he could not provide many details about the cause of the fire that started in an upstairs bedroom, but said it was “very suspicious.”

He said “there were a lot of clues that this was intentionally set,” but said he could not comment about specifics because it’s a police and fire marshal investigation.

“We had visible clues right away that it was an intentionally set fire.”

Thomas said things could have been much worse, noting it was fortunate nobody was at home when the fire started and that it didn’t spread to other units.

“We’re very fortunate the fire seemed to extinguish itself and seemed to run out of oxygen,” said Thomas. “Otherwise it would have been a very different scenario.”

The fire chief said three trucks and nine firefighters initially responded. “At the height of the emergency,” there were 15 firefighters on the scene.

While the firefighting crews have left the scene, two investigators from the Ontario Fire Marshal's office and OPP officers remain on the scene.