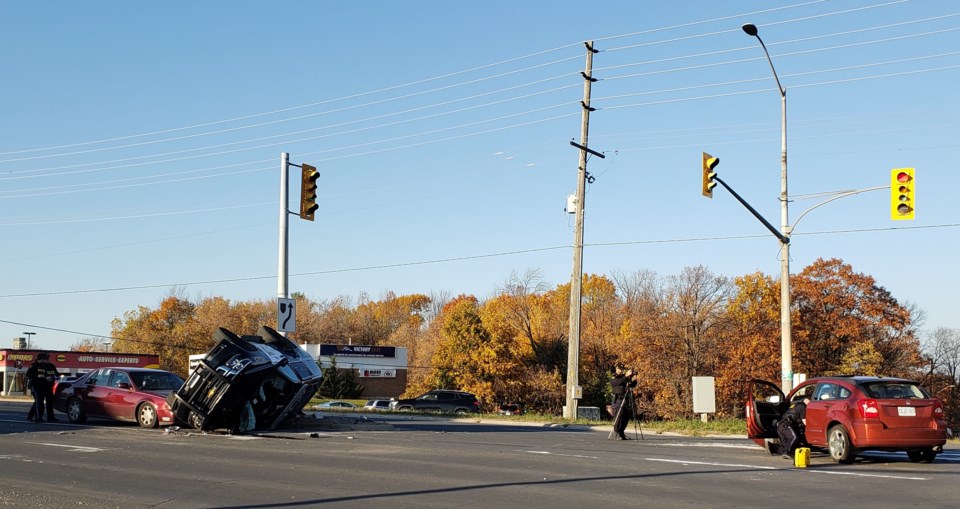 MIDLAND - As of 7 p.m. Oct. 28, 2019, the closed portions of County Road 93 at Young Street and Balm Beach Road have been reopened for vehicular traffic.

MIDLAND, ON - Officers from the Southern Georgian Bay Detachment of the Ontario Provincial Police (OPP) were dispatched at 12:59 p.m. Oct. 28, 2019, to a three-vehicle crash in the intersection of County Road 93 and Young Street/ Balm Beach Road Midland.

The officer and the driver of one of the involved civilian vehicles were transported to Georgian Bay General Hospital for minor injuries sustained in the crash.

Members of the OPP Central Region Collision Investigation Unit are on scene assisting with the investigation. Investigators expect the intersection to be closed until at least 9 p.m. this evening.

The cause of the crash is still under investigation.

Police remind motorists that an essential part of the enforcement job is to save lives and reduce injuries on our roadways and trails. Educating the public about safe driving practises is a priority.