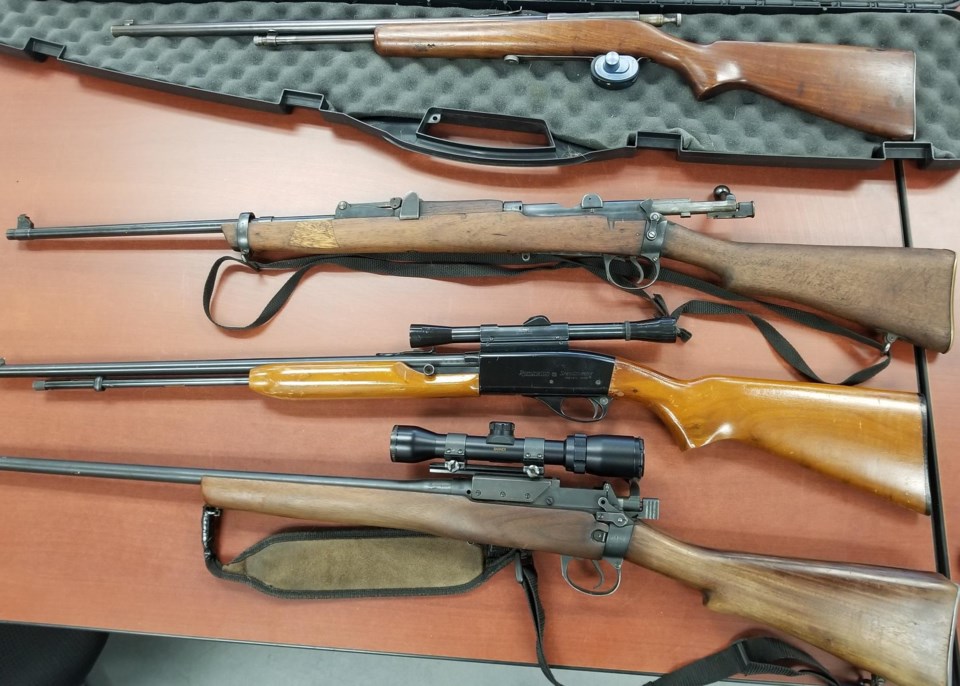 NEWS RELEASE
ONTARIO PROVINCIAL POLICE
**************************
OPP uniform officers working with members of the OPP Community Street Crime Unit have been investigating the theft of firearms which concluded on July 28, 2019 at a Tay Township property.

OPP Officers seized a number of the stolen firearms as shown in the attached photos and have charged Bianca Roosen, 30 years, of Tay Township with the following offences contrary to the Criminal Code of Canada.

She has been released on a recognizance to appear before the Ontario Court of Justice in Midland on Sept. 5, 2019.