Pick-up truck collided with stopped Waste Connections vehicle; driver of pick-up was trapped 'for a period of time' and later sent to hospital
Aug 14, 2020 3:15 PM By: Jessica Owen 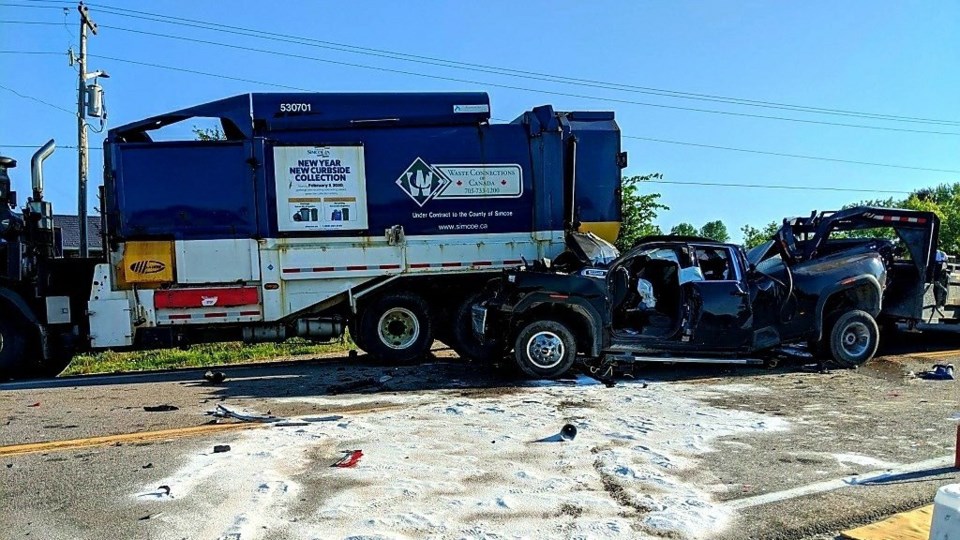 A collision took place on Friday morning between a stopped Waste Connections vehicle and a pick-up truck with a trailer on Highway 26 between Wilson Road and Golf Course Road. OPP photo

The collision, between a stopped Waste Connections vehicle and a pick-up truck with a trailer occurred at 7:30 a.m. on Highway 26 between Wilson Road and Golf Course Road.

“That male was trapped for a period of time and was extricated and attended an area hospital with undetermined injuries at this point,” said OPP Sgt. Jason Folz.

The man was the sole occupant of the pick-up truck. The driver of the garbage truck was uninjured.

As of now, Folz said there are no charges pending. However, the investigation is in its preliminary stages.

“It is an ongoing investigation. We’re still early,” said Folz.

County of Simcoe officials confirmed this afternoon that there was no impact to waste collection as another truck took over and completed the route.