Police seeking witnesses or anyone with dash-cam footage following Saturday evening's collision with ambulance
May 23, 2021 2:04 PM By: Bob Bruton 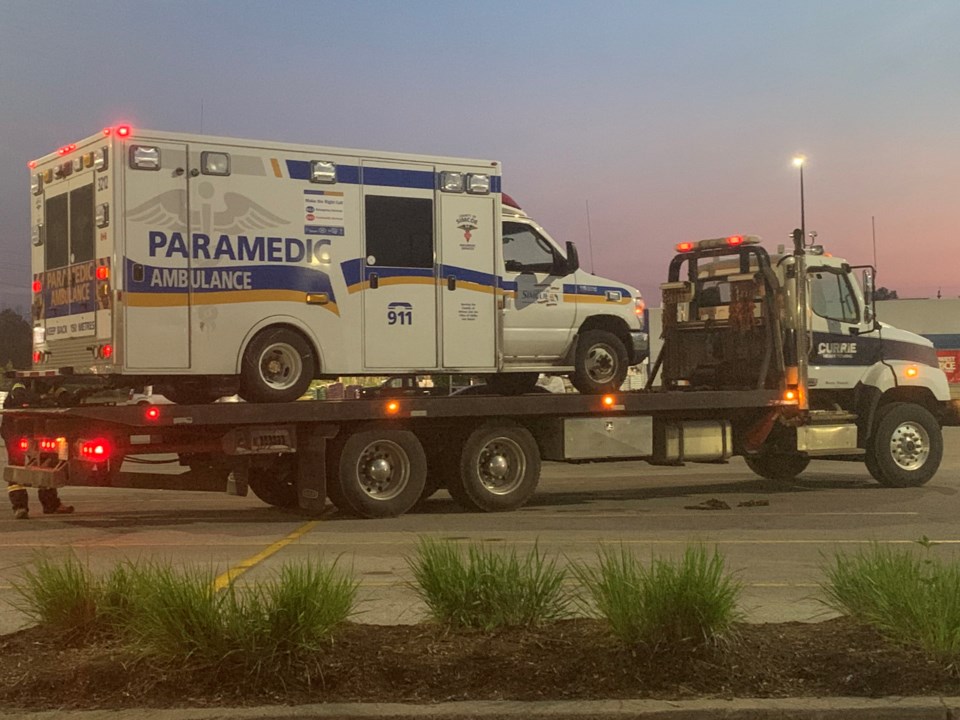 A woman remains in serious condition in hospital after a north-Barrie crash involving a motorcycle and ambulance Saturday evening.Raymond Bowe/BarrieToday

A 35-year-old woman remains in hospital with serious injuries after a collision between a motorcycle and an ambulance Saturday evening in Barrie.

The crash took place at Bayfield and Livingstone streets in the city's north end just after 6 p.m.

His passenger, a 35-year-old woman, was taken to RVH and then to a Toronto-area trauma centre with serious injuries.

There are no updates to the passenger’s condition at this time, police said Sunday morning.

There were no patients on board the ambulance at the time of the collision, police said, but paramedics were responding to a call when the crash occurred.

Anyone who witnessed the collision or who has dash-cam video can email dlangdon@barriepolice.ca.