Carter's was one of the best known eateries north of Toronto

Downtown landmark had its own candy, ice cream, bakery, soda fountain and parlour
0
Jul 27, 2019 11:00 AM By: OrilliaMatters Staff 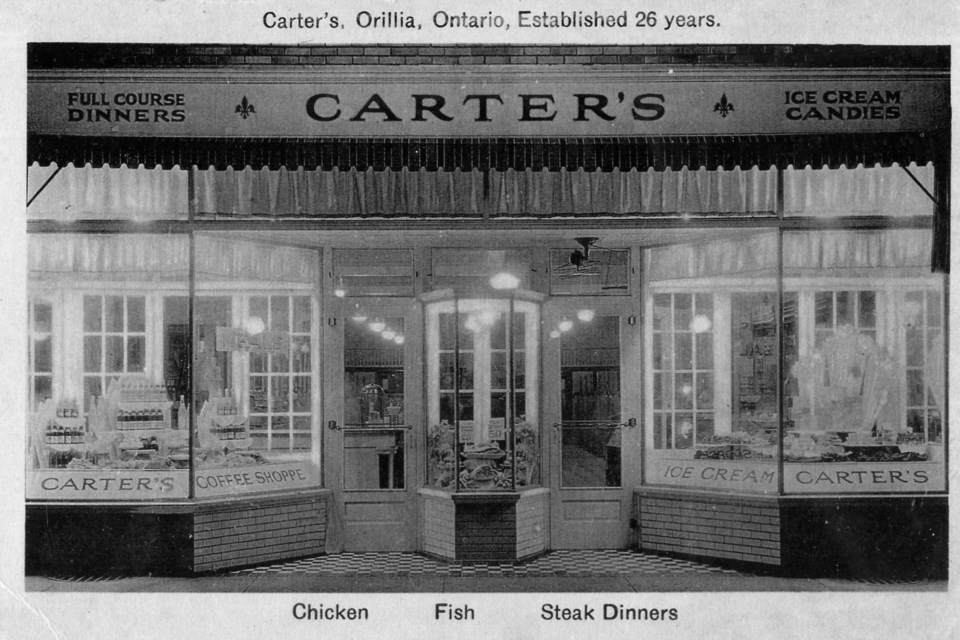 This is a photo of Carter's Restaurant, shortly after the renovations were complete in the early 1930s.

Carter’s Candy Palace began in 1907 on the south side of Mississaga Street, a few doors west of the intersection with Peter Street.

By 1926, after several years of expansion and renovations, Carter’s became a popular restaurant with a banquet hall upstairs catering to local service clubs.

This photo, showing the attractive storefront with the double entrance doors, was taken shortly after renovations in the early 1930s.

Carter’s became one of the best known restaurants north of Toronto with its own candy, ice cream, bakery, soda fountain and parlour serving full course dinners.