During the 1930s, the town expanded facilities, building a new canteen, washrooms and showers and brought electricity and water to most of the camp
Jul 25, 2020 9:30 AM By: OrilliaMatters Staff 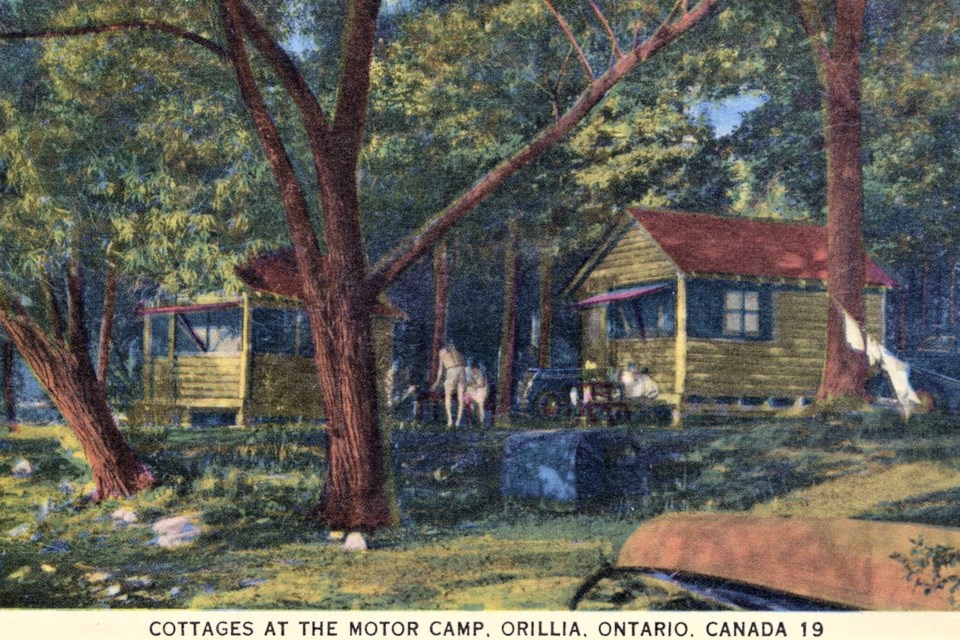 The Orillia Motor Camp, circa 1940. The two rental cabins seen here were built during a period of growth in the 1930s.

In 1929, the town of Orillia developed the old Barnfield property into a motor camp for summer tourists. (The area is now known as Tudhope Park).

That first year, the town hosted some 5,000 visitors, with almost one-third of them coming from the U.S.

During the 1930s, under the capable management of Mr. and Mrs. Ken Crockford, the town expanded the facilities by building a new canteen, washrooms and showers, and provided electricity and water throughout most of the camp.

The cabins had log siding and were about 10-feet wide and 14-feet long and were divided into two rooms. The kitchen and living area, with a large screened window, was in front with a sleeping area in back.

When the campground closed in the late 1980s, 17 of these cabins remained, two had been destroyed by fire and one had been vandalized.

The remaining cabins were sold by the city for under $300 each to be removed from the property. Several are still in use today with at least five being located in Ramara as storage units.

Canada's mining industry once relied on Orillia manufacturer
Aug 8, 2020 9:30 AM

Trains brought thousands to Orillia for 'pleasant afternoon at park'
Jul 18, 2020 9:30 AM
Comments
We welcome your feedback and encourage you to share your thoughts. We ask that you be respectful of others and their points of view, refrain from personal attacks and stay on topic. To learn about our commenting policies and how we moderate, please read our Community Guidelines.