Old shack, bought for $15, was home to prolific publishing duo

Kenneth Wells wrote several books that were illustrated by his wife, Lucille Oille; The couple lived in The Owl Pen on a farm in Medonte
Jan 16, 2021 9:36 AM By: OrilliaMatters Staff 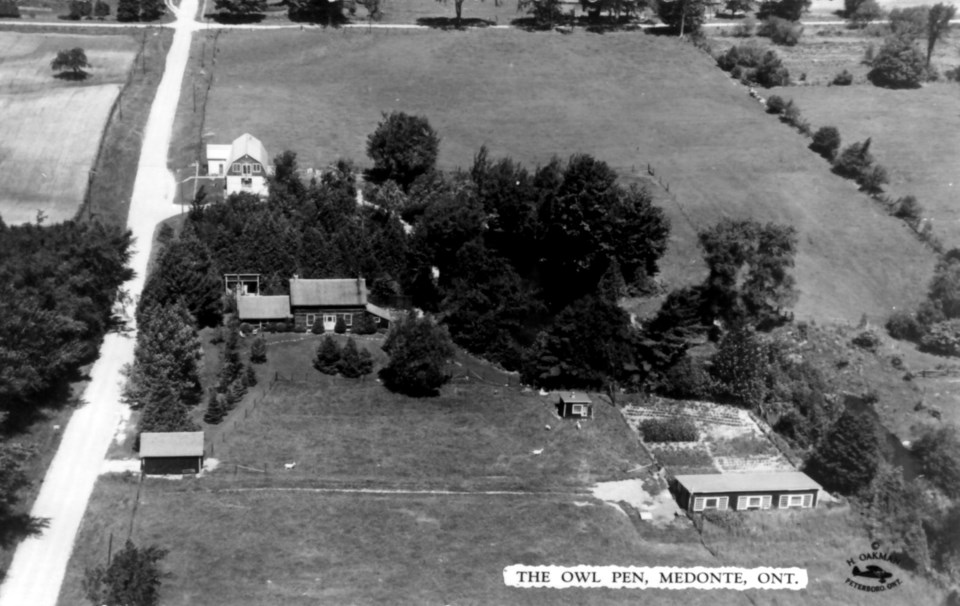 Kenneth Wells and Luiclle Oille purchased an old shack for $15 and moved it to this farm in Medonte, rebuilt it and named it The Owl Pen.Supplied Photo

In the late 1940s, Kenneth McNeill Wells and his wife, Lucille Oille, settled into an old ramshackle log cabin in Medonte.

Lucille Oille was a sculptor, wood engraver and book illustrator born in Toronto. She studied with Emanual Hahn at the Ontario College of Art.

Ken Wells was a journalist who wrote for the Toronto Telegram. For $15 they purchased a century-old log shack, moved it to a farm in Medonte, rebuilt it and named it The Owl Pen.

He also contributed articles to local newspapers and for a time hosted a talk show on CFOR radio.

In the early 1960s they sold out and set off down the Mississippi aboard a cruiser called The Moonstruck II. The Moonstruck Two (1964) was the last book Oille illustrated and the last book Wells wrote. Over the years, they lived in the Bahamas, Virginia and a Nova Scotia fishing village where Wells died in 1988.

Oille returned to live in Orillia and passed away in 1997.