Orillia made history as continent's first town to build its own hydro plant for long-distance transmission of power
0
Jan 5, 2019 11:00 AM By: OrilliaMatters Staff 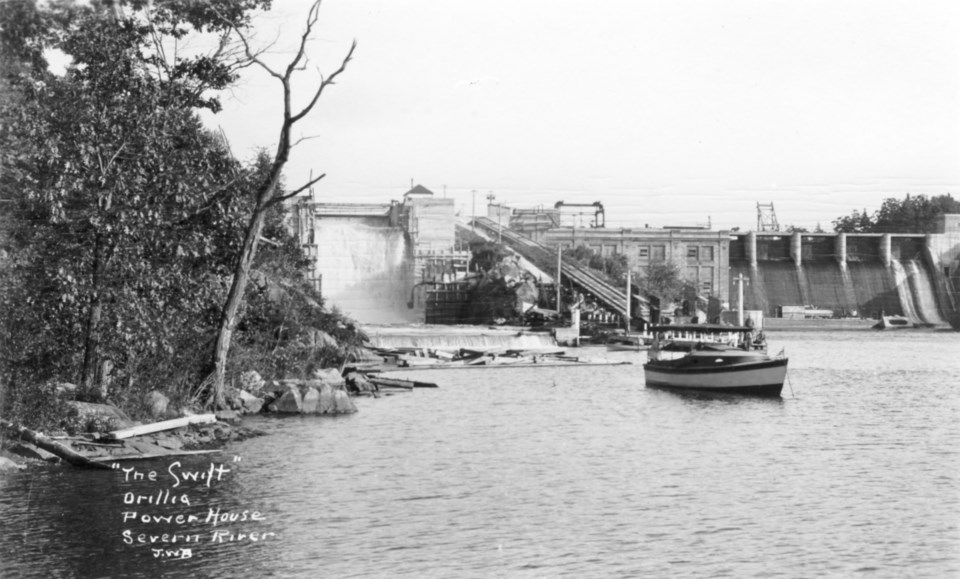 This is a photo from around 1920 that shows the Swift Rapids power plant. Each of the three horizontal turbines created 2,000 horsepower.

Postcard Memories is a weekly series of historic postcard views and photos submitted by Marcel Rousseau. Some were previously published by the Orillia Museum of Art and History and in the book Postcard Memories Orillia. You can take a trip down memory lane with us each Saturday morning!

With the completion of the Ragged Rapids power plant in 1902, became the first municipality to build and operate its own hydro plant, for long distance transmission of power, on this continent.

Shortly after, with the demand for power increasing, the citizens of voted to spend $80,000 for the expansion of the plant at Ragged Rapids and a second power line into town.

In 1913, the Dominion Department of Railways and Canals, in conjunction with its plan to improve the system, suggested that the power plant (so newly completed at Ragged Rapids) be transferred one-and-a-half miles downstream to the Swift Rapids.

The newly formed Orillia Water, Light and Power Commission negotiated an agreement for the construction of the new dam and work was begun in 1913.

With the outbreak of war in 1914, and with factories receiving contracts for munitions and other military items, the Swift Rapids development became urgent.

On , the Ragged Rapids powerhouse and station were blown up and submerged. The larger Swift Rapids plant, shown here, with its three horizontal turbines of 2000 horsepower each, was expected to look after ’s power needs for many years to come.