Restaurant has had many names but has always been popular

From Soo's Café to Star Café to Shangri-La Gardens to Brewery Bay ... downtown landmark has served generations of diners
Nov 9, 2019 11:00 AM By: OrilliaMatters Staff 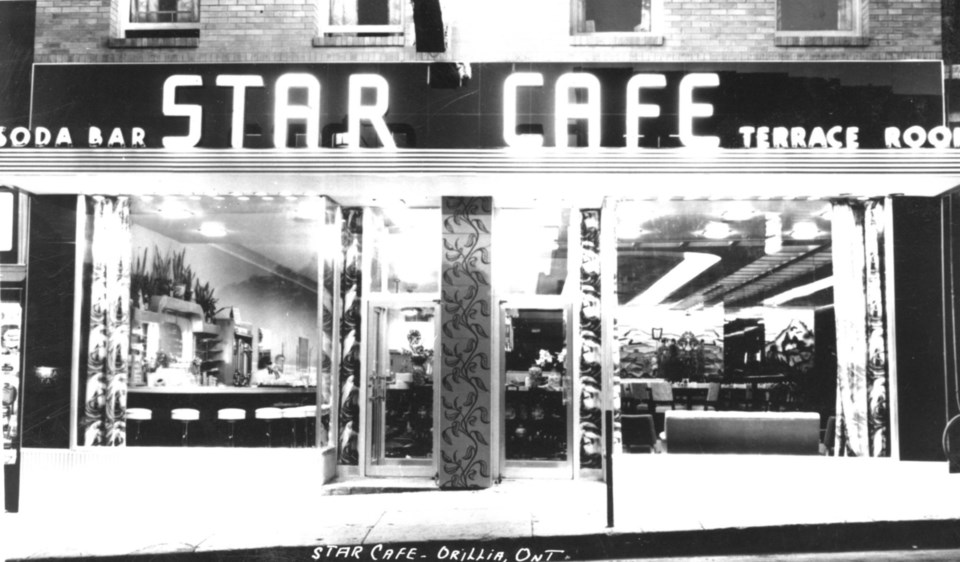 The Star Cafe, circa 1952. The storied local eatery is now know as the Brewery Bay Food Company.

This location at 117 Mississaga St. E. has a long history of being a favourite place to eat in downtown Orillia.

Presently, it's called the Brewery Bay Food Company and owned by Steve and Chris Clarke, who opened their restaurant in 1993.

Canada's mining industry once relied on Orillia manufacturer
Aug 8, 2020 9:30 AM

Motor Camp for summer tourists drew thousands to lakeside park
Jul 25, 2020 9:30 AM
Comments
We welcome your feedback and encourage you to share your thoughts. We ask that you be respectful of others and their points of view, refrain from personal attacks and stay on topic. To learn about our commenting policies and how we moderate, please read our Community Guidelines.