A series of fires proved disastrous for Walter Carter, who eventually sold off his saw, shingle and stave mills in Fesserton area
0
Oct 19, 2019 11:00 AM By: OrilliaMatters Staff 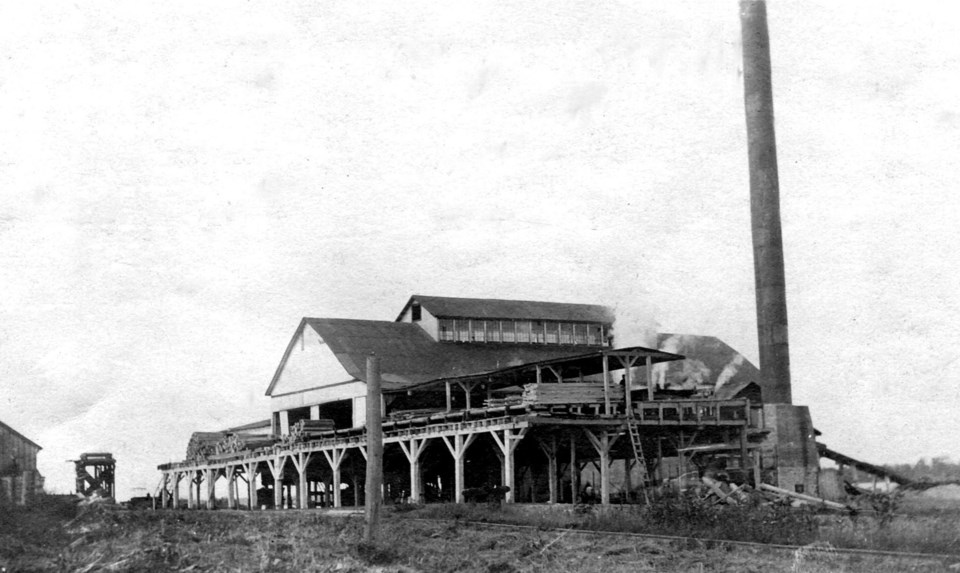 The Carter Mill in Fesserton, circa 1910.

In 1892, Walter Carter moved with his family to the village of Fesserton, just west of Coldwater and constructed a saw and shingle mill on the shore of Matchedash Bay.

In his wonderful book, available at the Orillia Museum of Art and History, called Mills and Mill Villages of SevernTownship, James T. Angus tells us Carter purchased several small lumber mills and by 1907 owned the only saw mill left in the area, including a shingle and stave mill and two steam tugs.

He operated a general store and built homes and a row house for his workers. He had large lumber holdings in the townships of North Orillia, Matchedash, Medonte and others.

He opened a retail outlet in Orillia which he operated as the Dominion Lumber Company. During the 23 years he lumbered in Fesserton, he suffered one disastrous fire after another until, in August 1916, a spectacular fire ended the Carter lumbering operation in Fesserton.

The entire plant was destroyed including the planning, stave and lumber mills. Fire consumed the machine shop, eight railway cars, two yardcars and four wagons, along with considerable lumber and three company houses.

By 1917 Carter moved to Timmins where he acquired another saw mill and gradually sold off his Fesserton properties.

The steamship Geneva was a sight to behold on Lake Couchiching
Mar 14, 2020 11:00 AM
Comments
We welcome your feedback and encourage you to share your thoughts on this story. We ask that you be respectful of others and their points of view, refrain from personal attacks and stay on topic. To learn about our commenting policies and how we moderate, please read our Community Guidelines.