Take a trip down memory lane to Main Street Coldwater, circa 1905

The downtown of the village has a storied history that has been shaped by commerce and, at times, altered by fires
0
Aug 3, 2019 11:00 AM By: OrilliaMatters Staff 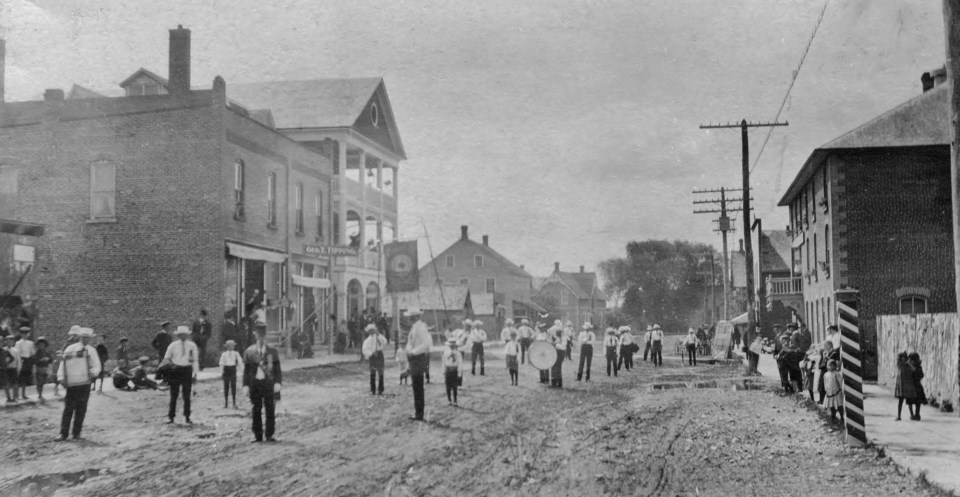 This postcard shows the Main Street of Coldwater, circa 1906.

This early view of downtown Coldwater shows a gathering of men and boys ready to parade with drums and banners.The oldest fraternal organization in Coldwater was the Loyal Orange Lodge and the occasion was likely the July 12 parade.

On the right is the Dennison House, originally called the Borland Hotel.

The first building on the left was the Abbott block with a movie and dance hall upstairs. Next was the G.T. Tipping general store. The large three-story building with columned balconies overlooking the street was the British Arms Hotel.

In the book Mills and Mill Villages of Severn Township by James T. Angus, we are told this hotel was built in 1868 by George Caswell who named it the Globe.

Caswell sold it to John Henderson of Victoria Harbour for $3,000 in 1883. A year later, he sold the hotel to James Ryan and for the next decade it operated as the Ryan House.

In 1894 Lucy and Alfred Colley bought the hotel from Ryan, named it the British Arms Hotel and operated it until December 1908 when it was consumed by fire.