Take a trip down memory lane to Main Street Orillia, circa 1912

This postcard reflects the intersection of Mississaga and Peter streets in the early 1900s
Aug 10, 2019 11:00 AM By: OrilliaMatters Staff 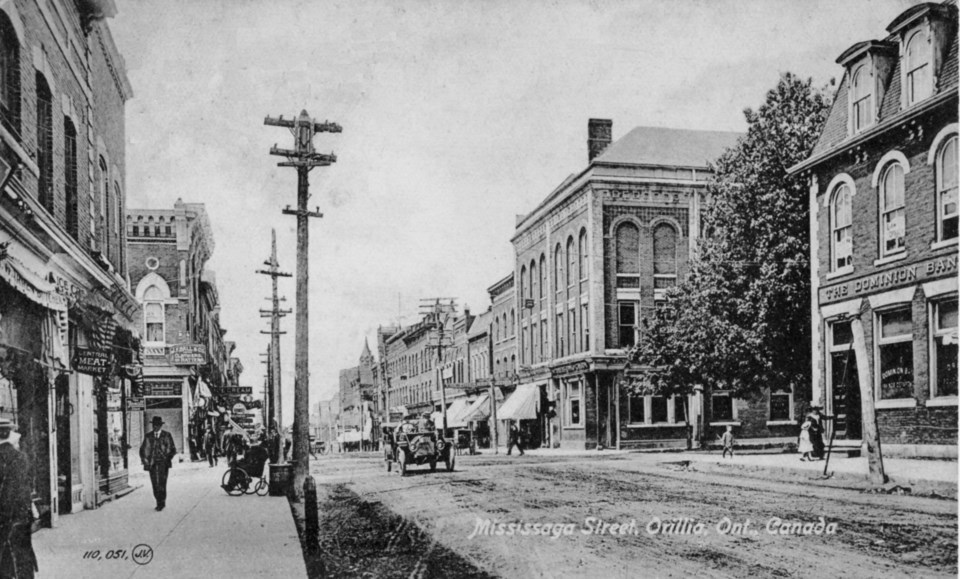 Looking west down Mississaga Street, at the corner of Peter Street, circa 1912.

This postcard from 1912 provides a great view of the Mississaga Street/Peter Street intersection, with the Dominion Bank building on the right.

The large building across the intersection was the Sheppard-McCormick Block occupied by a grocery store and the Traders Bank. The bank’s trademark was a golden beaver sign over its awning. Next were the Newsletter and then the Times, rival newspapers and neighbours.

On the left, this side of Peter Street, is the Central Meat Market and Stover’s Restaurant. The sign across the intersection, on the corner building now occupied by the United Cigar Store, reads J.F. Ball & Co., Clothiers and Hatters.

West of the corner is an ice cream sign from Carter’s Candy Palace.

Traders Bank once had prominent position in downtown Orillia
Sep 19, 2020 9:30 AM

Miss Orillia was a popular attraction for three decades
Sep 12, 2020 9:30 AM
Comments
We welcome your feedback and encourage you to share your thoughts. We ask that you be respectful of others and their points of view, refrain from personal attacks and stay on topic. To learn about our commenting policies and how we moderate, please read our Community Guidelines.