THE FRONT LINE: Fighting fires and a virus poses a double threat

'I can’t wait for it to be over, like everybody else,' says Orillia fire captain of global pandemic that has further complicated a tough job
May 13, 2020 12:30 PM By: Nathan Taylor 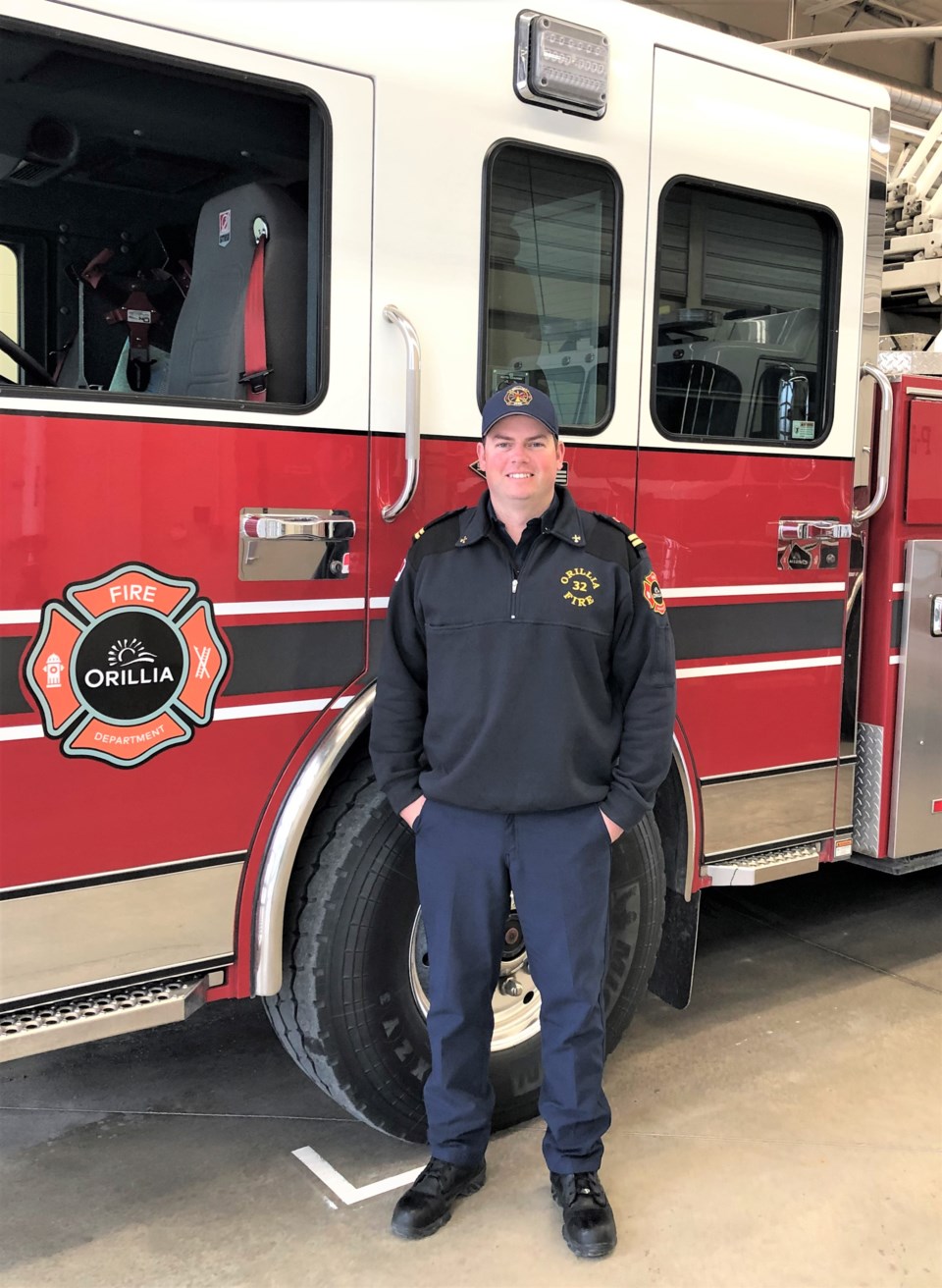 Bud Adams is a captain with the Orillia Fire Department. Supplied photo

Firefighters are no strangers to danger, but now they’re battling something they can’t contain.

The COVID-19 pandemic has presented challenges Bud Adams never thought he’d face when he began as a volunteer firefighter in Ramara in 2003. Now a captain with the Orillia Fire Department, he’s facing a new realization: “We have a heightened risk of becoming ill now.”

“We have to be able to adapt to changes in emergency response. It changed hour by hour in the beginning stages,” he said. “It was the uncertainty of it that made us a little nervous. Now that we’re learning more, it’s not as stressful as it was at the beginning.”

A solid supply of personal protective equipment for when they’re responding to medical calls helps alleviate that stress, but the awareness of the risk is always present.

It hasn’t, however, deterred Adams and his colleagues, who signed up for the job for a reason.

“It just goes with the profession. You’re coming in to help people who might not be at their best of times,” he said. “You’ve just got to prepare for the worst and hope for the best.”

So far, none of the firefighters has come into contact with someone known to have COVID-19.

“Our closest one would be Spencer House,” Adams said, referring to the long-term care home where a staff member tested positive for the virus in late March.

He and his colleagues try to keep their distance at the fire hall, but physical distancing isn’t always possible. They’re in close quarters when they’re in the truck.

“That’s probably the closest we get,” he said. “We all understand what we need to do to protect ourselves and our community.”

That includes asking certain questions and putting on masks and gloves before entering someone’s home.

Eventually, the firefighters have to return to their own homes, and Adams takes steps to ensure the safety of his wife.

“We always sanitize the house and wash our hands, but my routine hasn’t really changed that much,” he said.

Back at the hall, the crew does what it can to make the best of a bad situation. One firefighter has even been offering “COVID haircuts.”

“He’s not bad. He’s got a hidden talent so far,” Adams said.

Adams has decided he’ll tough it out rather than go under his colleague’s clippers.

“I don’t think my wife would appreciate me getting a COVID haircut,” he said with a laugh.

Adams thanked everyone who has shown support for first responders and front-line workers. It has made a difficult situation a bit easier to deal with.

Still, he’s looking forward to getting back to normal, whatever “normal” will end up looking like after the pandemic.

“I can’t wait for it to be over, like everybody else.”

THE FRONT LINE: 'Uncertainty' is the new normal for paramedics
Jun 3, 2020 7:30 PM
Comments
We welcome your feedback and encourage you to share your thoughts. We ask that you be respectful of others and their points of view, refrain from personal attacks and stay on topic. To learn about our commenting policies and how we moderate, please read our Community Guidelines.