Toronto-based platform 'Cookin' offers a wide range of dishes from different cuisines, made with love and care of local food creators
Margarita Maltceva Oct 18, 2022 5:06 PM
Listen to this article
00:06:53

Homemade meals prepared for the whole family were something special for Chutikarn Amsakul, a 29-year-old cook from Thailand who moved to Toronto two years ago.

Amsakul, who goes by Mo, says she vividly remembers the taste of the food her grandmother cooked to feed three generations in the family of six.

“Eating food from my grandma made me feel happy,” she remembers. “My family is Thai-Chinese, so some of the food I ate when I was young was mixed with Chinese influence.”

Watching her grandmother cook delicious meals of her native cuisine had a big influence on Mo and inspired her to pursue a culinary career.

“I love to cook, and I love when people eat my food and say: ‘Whoa, what is it? This is amazing!'" Mo recalls. “I like the feeling that people love and enjoy my food.”

On one of the summer days, she received an interesting offer that caught her attention: Cookin, a new food delivery start-up based in Toronto, invited her to join the platform to cook and sell meals from home.

“I said yes because I think it’s a good idea that I can sell my food online," she says. 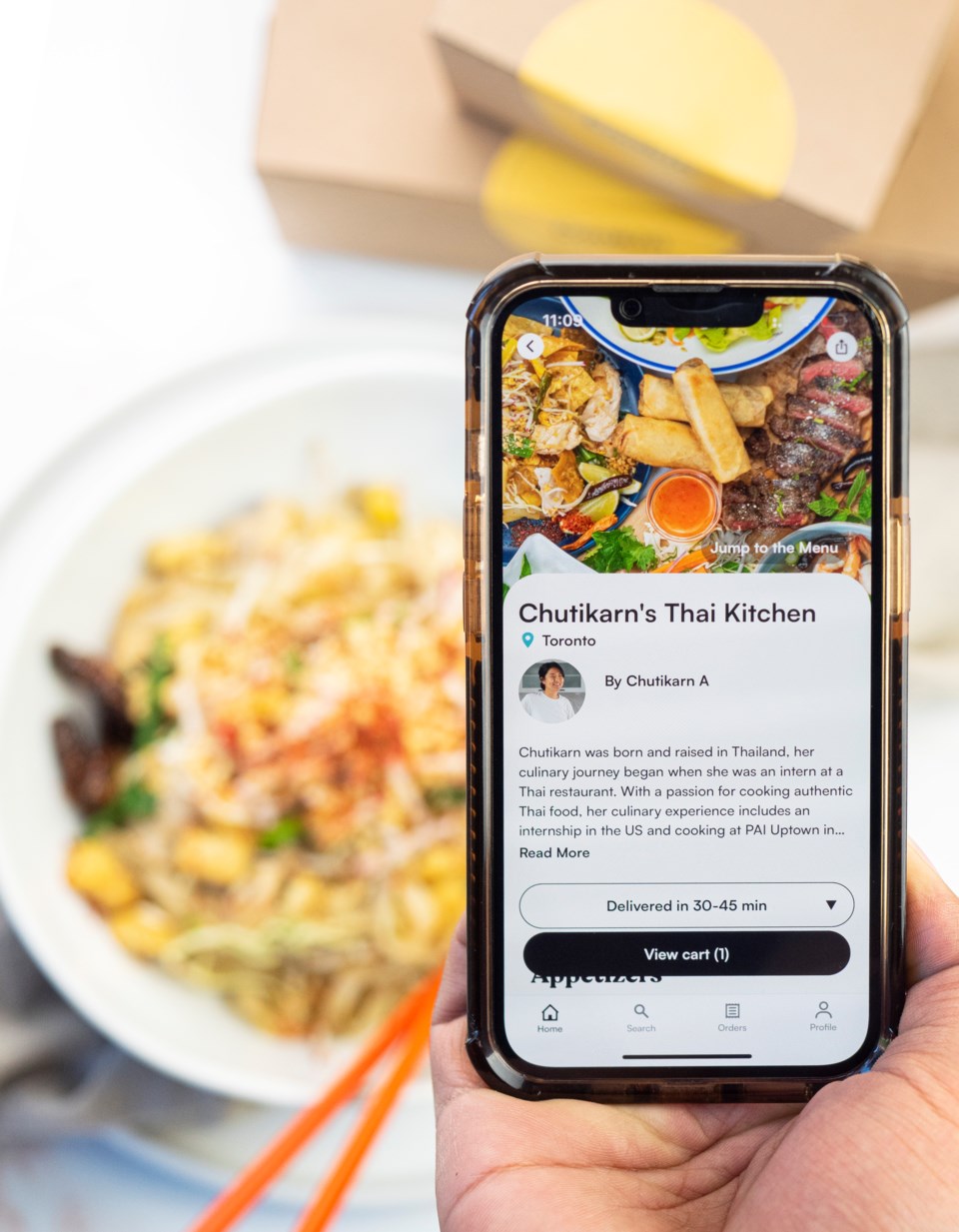 Launched by long-time friends and entrepreneurs Michael Baruch and Morley Ivers, Cookin is a new platform that serves as a marketplace for cooks and chefs to share their craft and passion for cooking — and make money doing it.

“Cookin represents my life's work,” said Ivers, Cookin co-founder and CEO. “It has the power to bring people and incredible food creators together.”

Ivers says the idea of creating a marketplace for homemade food was something that has always been in his mind, but needed the right time to come out.

A 45-year-old dad, Ivers is originally from Thornhill, Ont. but has lived in New York for the last 13 years. He says he is bothered by how polarized our society has become, divided into different labels and categories.

Despite all the differences that separate one person from another, the father of two believes the world has something special and powerful that can unite everyone: food.

“Food may be the one thing that has the power to bring people of all different cultures and ethnicities together around a table,” Ivers said. “Everybody loves a meal from somebody else's culture and background, and it doesn't matter if you're a Republican or Democrat, black or white, rich or poor.” 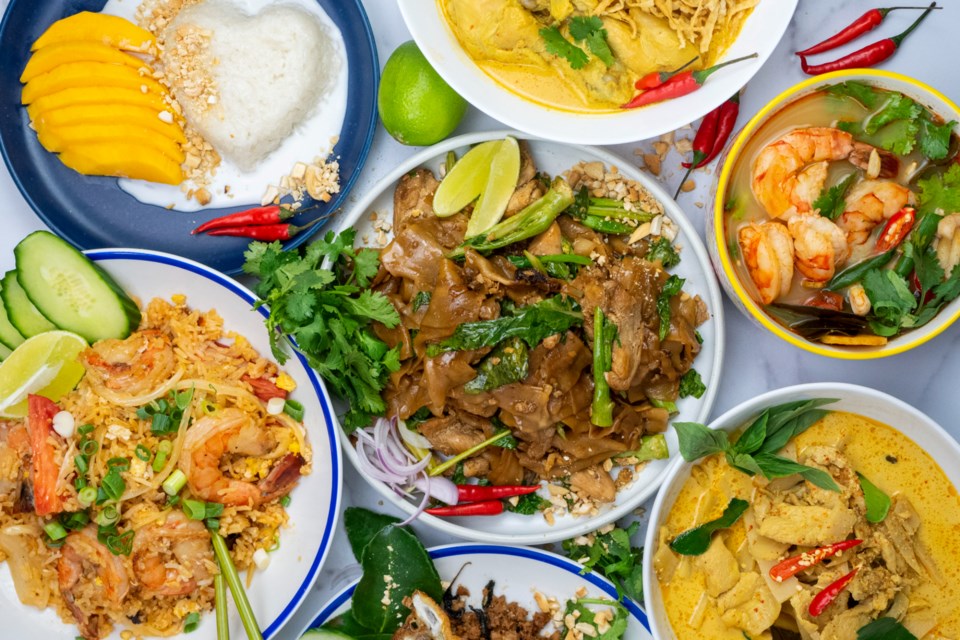 The crucial moment that led to the first talks about the platform happened back in New York, when Ivers came across this New York Times article. It was a profile of a Toronto Blue Jays star Vladimir Guerrero Jr. and his grandmother, Alvino, who cooked traditional Dominican meals for the whole team and their opponents.

Eating her comfort food has become a popular tradition among other players, especially those from the Dominican Republic.

"When I read that article, I called Michael and said: ‘Michael, there's something here.'"

The cultural diversity of Toronto is one of the reasons why the Cookin founders chose the city for their platform launch, offering a wide range of cuisines prepared by cooks of different backgrounds.

When the order is made, the app dispatches a driver to pick up the order from the cook’s address and deliver it to a customer. The meals can be either pre-ordered or ordered for the same day.

“When you cook on Cookin, you're your own boss, you focus on cooking, and you decide how often — it's completely up to you," Ivers noted. "The power is in the hands of the individual."

If someone does not have a kitchen big enough to prepare meals for sale, Cookin offers a certified and inspected commercial kitchen located in the York Mills area of Toronto.

Carolyn Tanner Cohen, who helps cooks get settled within the platform, says newly joined chefs are very excited to be a part of Cookin and have the autonomy to create their own menu because they “really like being food creators.” She says they don’t want to worry about marketing, pricing, creating a website or how to promote themselves on social media. Cookin does all that for them, taking only 15 per cent of their food revenue.

When Ivers and Baruch offered Cohen to join the platform, she says it was like her “dream come true,” as she always wants to eat homemade food. But like many people in Toronto, she doesn’t have the time or desire to cook it every day.

Comparing restaurant food with homemade food, Cohen says it’s completely different from what people want to eat in their homes.

“It's not so much about the food when I go to a restaurant; it's more about the experience of going out and being served and not having to wash dishes. In terms of consuming food on a regular basis, I want to eat home-cooked food. And the only person that I know who will cook homemade food for me is me,” she added. 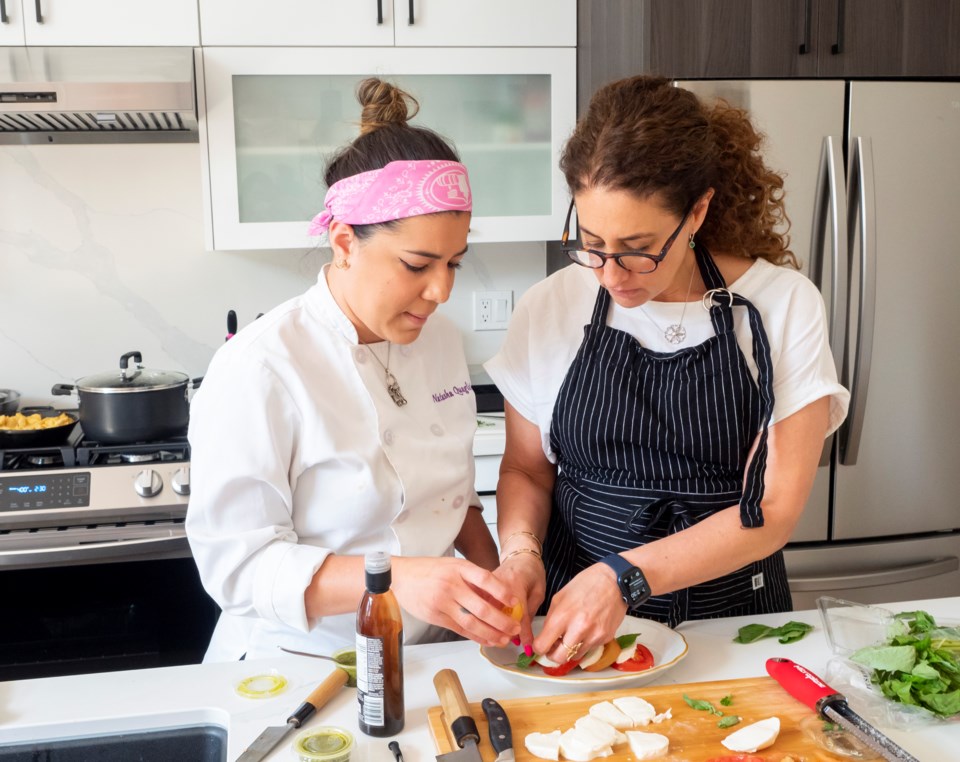 By enabling local chefs to cook and sell their food from home, Cookin is challenging the current legislation that restricts home-based food businesses in Canada.

At the moment, it is considered illegal to cook and sell food from home, with a few exceptions varying by province.

As of Jan. 4, 2021, the Ontario government has permitted cooking and selling from home “low-risk” foods that do not require refrigeration, such as baked goods, jams, chocolate, granola, etc. This new legislation has been created to support home-based businesses during the COVID lockdowns. Businesses selling these foods do not need a food-handling licence.

Although there is no law allowing people to sell other meals from home, Cookin is taking several measures to ensure their food is made safely.

Before joining the platform, all cooks must obtain a valid food handler certificate and pass a virtual kitchen inspection, following the latest health and safety protocols.

On top of that, cooks will have random inspections to ensure they follow the protocols on a regular basis. The inspections are conducted by the cook success department, recorded and stored for future reference.

He added they are transparent about Cookin’s operations and proactively let the government know about their intentions.

Everyone is welcome to join the platform, whether professional chefs or cooks who just started paving their culinary careers.

Interested food creators only need to come up with a menu, and Cookin will help them narrow it down to what the “Toronto community wants to eat,” Cohen said.

“I just had a conversation with a cook who graduated culinary school, has never worked in a restaurant before and has done a little bit of private cooking here and there during the summer,” Cohen remembers. “And I said to him: ‘I'm here to hold your hand the whole time. Let's build a venue together. Don't worry about filling in the forms. Let's just talk it through, and we'll get you started.'"

Calling all booklovers: These cool indie bookstores are must-sees
Feb 3, 2023 7:00 AM

Can you take advantage of a mortgage port to save money in Orillia?

Leave the cooking to us and order your family a meal they’ve been craving.

Get Connected to the Village Media Network!