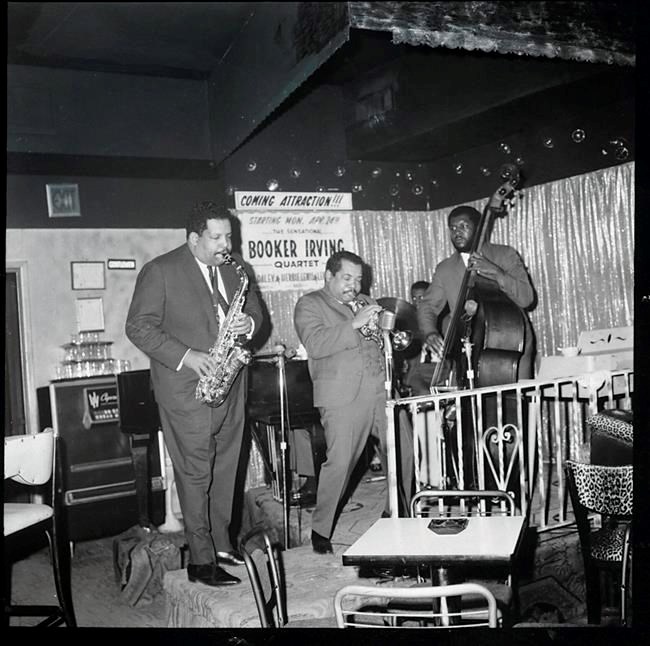 “Cannonball Adderley’s Swingin’ in Seattle: Live at the Penthouse” features the jazz great’s quintet captured live on radio in 1966 and 1967 over four performances. For decades, the recordings sat largely unheard in archives until Canadian saxophonist and Cellar Music Group founder Cory Weeds found out about them.

Weeds told The Associated Press in an interview this week that producers wanted the public to hear the performances and sought to include as much of the recording as possible since it showed Adderley’s essence at the height of his career.

“It caught Cannonball and the band on fire,” said Weeds, who served as the collection’s executive producer. “The sound quality is incredible. And you hear the banter, the , and the emotion.”

A previous version of the collection was released in 2018 on a limited vinyl edition, but the digital release will contain more material, Weeds said.

Born in Tampa, Florida, in 1928, Julian Edwin “Cannonball” Adderley earned the name Cannonball from his high school nickname “cannibal,”which allegedly described his appetite. He moved to New York City in 1955, where he joined the hard bop jazz movement — a subgenre of bebop that incorporated rhythm and blues, gospel, and blues.

Miles Davis spotted Adderley and hired him to play on groundbreaking Davis albums “Milestones” and “Kind of Blue.”

Adderley would have a successful career and gained crossover success with his 1958 “Somethin’ Else” album and his 1966 “Mercy, Mercy, Mercy! Live at ‘The Club.’”

Matt Block, la reserve co-founder, said the collection will be available on all digital platforms, including Apple Music, Amazon Music, and Spotify.

The release comes amid the renewed Black Lives Matter movement as some activists are seeking to draw attention to historic Black writers and artists like Adderley.

Associated Press writer Russell Contreras is a member of the AP’s Race and Ethnicity Team. Follow him on Twitter at http://twitter.com/russcontreras

Canada to match donations to Lebanon relief
Aug 8, 2020 1:39 PM
At least 8 soldiers dead in blast outside Somali army base
Aug 8, 2020 5:52 AM
Comments
We welcome your feedback and encourage you to share your thoughts. We ask that you be respectful of others and their points of view, refrain from personal attacks and stay on topic. To learn about our commenting policies and how we moderate, please read our Community Guidelines.