ONTARIO: Doug Ford gives support to Niagara MPP under fire for posing in tight crowd with no masks 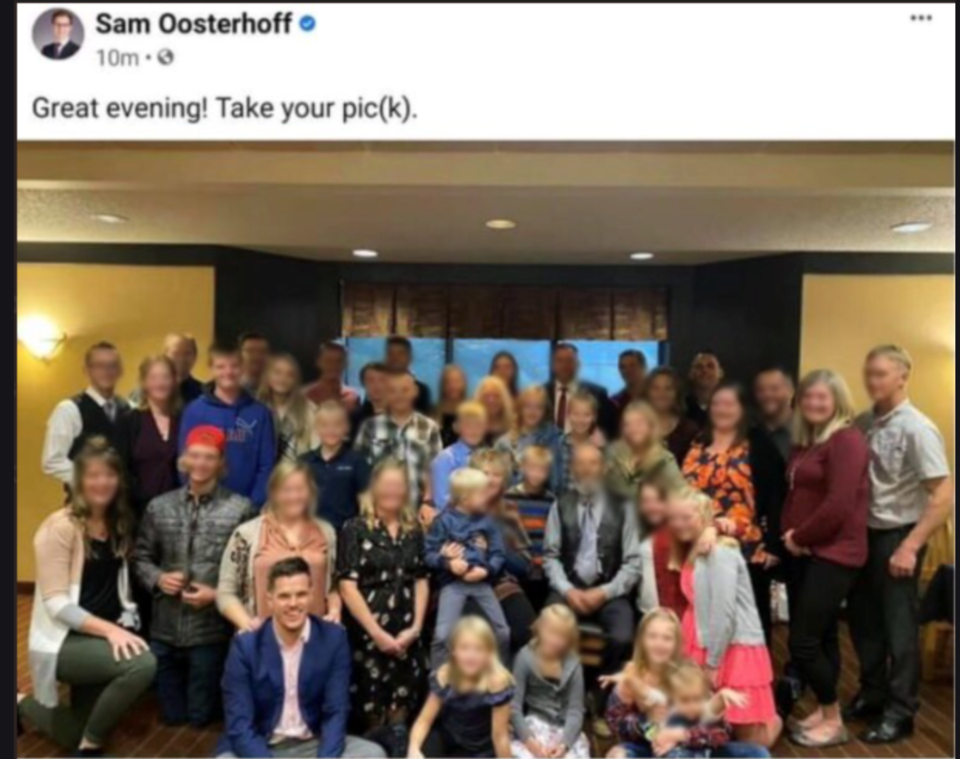 Oosterhoff published a series of pictures to his Facebook page this weekend, that has prompted criticism against the Niagara West MPP for not following physical distancing rules. ThoroldNews has blurred the faces of the other attendees to protect their privacy. Photo: Facebook

Premier Doug Ford says he has "100 per cent confidence" in Niagara West MPP Sam Oosterhoff after he came under fire for posing in a tight, maskless crowd.

It was this weekend that a picture was published to Sam Oosterhoff's Facebook-page, showing the conservative MPP posing maskless in a crowd of around 40 other people in a banquet hall, breaking Ontario's COVID-19 physical distancing directives.

The pictures spread quickly on social media, prompting the Ontario Hospital Association's president and CEO Anthony Dale to call for Oosterhoff's resignation as parliamentary assistant to Stephen Lecce, the provincial Minister of Education.

In all honesty @samoosterhoff should resign as PA to @Sflecce. How many health care workers gathered this weekend for a party with 40 other people indoors? “MPP Oosterhoff says he's sorry and should have been wearing a mask” https://t.co/LoxpzT9IjB #onhealth #onpoli

Oosterhoff has since deleted the pictures from his Facebook page and said that the pictures were taken in a banquet hall during an event that followed physical distancing guidelines.

It was not immediately clear what event Oosterhoff attended when the picture was taken.

"He made a mistake at the end of the night," Ford said.

"Hey guys, everyone makes mistakes. He is a great representative and will continue to be the PA to Stephen Lecce."

ONTARIO: Small businesses seek changes to lockdown rules as big box stores remain open
Nov 23, 2020 3:20 PM
Comments
We welcome your feedback and encourage you to share your thoughts. We ask that you be respectful of others and their points of view, refrain from personal attacks and stay on topic. To learn about our commenting policies and how we moderate, please read our Community Guidelines.