The Boss returns to his old form with the latest incarnation of the E Street Band... and it was worth the wait
Nov 7, 2020 8:45 PM By: Bob Bruton 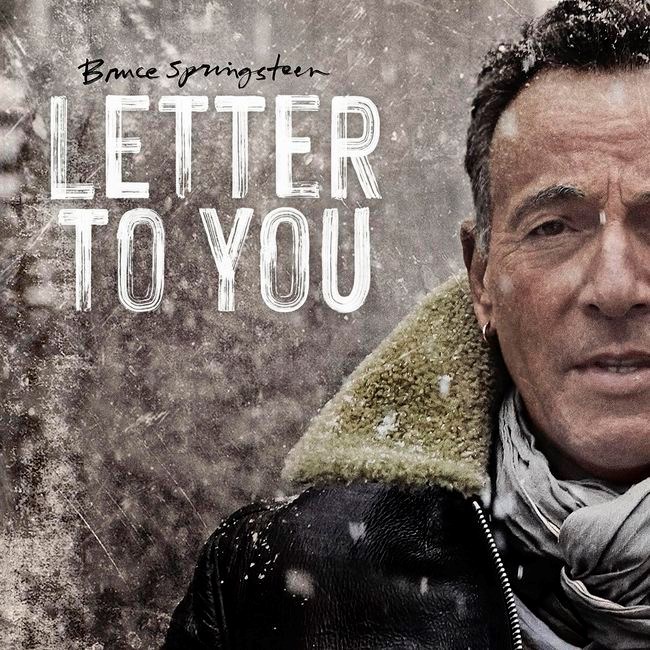 Bruce Springsteen is one of those rock musicians who’s had both critical acclaim and substantial popularity throughout most of his long career.

Now 71, Springsteen has largely reached these heights on musical merit.

Such is the case with his new album, Letter To You, out since late-October and a return to former glory with his latest version of the E Street Band.

Springsteen’s success has normally been equally based on the quality of his songs, the musicians he plays with and his emotional attachment to the subject matter, expressed through his limited but distinctive vocals and searing guitar.

Too often during the last decade or so, however, Springsteen’s songs just haven’t been up to his high standards. Or they are so thoroughly buried in arrangements and over-production — strings, keyboards, backing vocal choirs, etc. — that the songs themselves are difficult to find.

Again, not the case with Letter To You.

Recorded in less than a week at Stone Hill Studio in New Jersey, the new album is largely live off the floor with minimal overdubs.

The result is a dozen songs which sound both fresh and clean, with enough space between instruments to actually breathe and allow the listener in — instead of presenting a wall of sound to our eardrums.

Not that there’s really anything wrong with wall-of-sound recording; Springsteen himself used it to outstanding effect on Born To Run in 1975, his first big hit album.

But the clean production on Letter To You allows a better listening of Roy Bittan’s superb piano playing throughout the album — especially opening songs such as The Power of Prayer, House of a Thousand Guitars and If I Was the Priest. Bittan’s playing can’t help but harken listeners back to Springsteen’s sound in the 1970s, and it’s a welcome return.

There’s also room for the saxophone of Jake Clemons, nephew of the late Clarence, on Last Man Standing and The Power of Prayer, along with Springsteen’s own harmonica on Janey Needs a Shooter and Song For Orphans.

But Springsteen hasn’t just raided his past musical arrangements on Letter To You, but songs themselves.

If I Was the Priest, Janey Needs a Shooter and Song for Orphans all date back to the early 1970s, when Springsteen’s lyrics were longer, more elaborate and expressed the hopes and dreams of a much younger man. These songs never appeared on his albums, but bootlegs and live versions are out there.

The present-day Springsteen still makes these songs work, however, and they add something to Letter To You that would otherwise be missing — what Springsteen himself once called “a little carnival” in his early music.

But probably the album’s best song is a new one, Ghosts, with its big-drums lead-in and slashing guitars — a love song for musicians and friends, one that speaks of a voice of ‘stone and the gravel’ that sounds like an apt description of his own.

It’s always been personal between Springsteen and his fans, probably because his songs find that connection to people that takes hold of them in such a familiar way. Springsteen is a master of painting rich scenes in his songs we can all identify with.

Just before the video for Letter To You, Springsteen says: “I started playing guitar because of my need to communicate and after all this time I still feel that need to talk to you.”

Hence Letter To You.

Is this Springsteen’s last shot, on album anyway, at his glory days? Maybe. He’s dabbled in everything from hard rock to traditional folk music in his career. Who knows what’s next.

His previous album, Western Stars, released last spring, has been described as California pop music with a tinge of country. No E Street Band, but a 30-piece orchestra instead.

Letter To You sounds and feels like a Bruce Springsteen album, best heard in its entirety when you have the time to listen.

And it’s been worth the wait.

Bob Bruton is a freelance writer who lives in Barrie. He’s seen Bruce Springsteen and the E Street Band live three times, most notably in the mid-1970s at Toronto’s Maple Leaf Gardens. But he was hooked the first time he heard Thunder Road on the Born to Run album.