Today's Christian Island decisions are informed by Spanish Flu of 1919

'We should have learned from the past,' says Beausoleil First Nation elder, still grieving the loss of half of their population during last pandemic
Apr 5, 2020 7:45 AM By: Jeff Monague 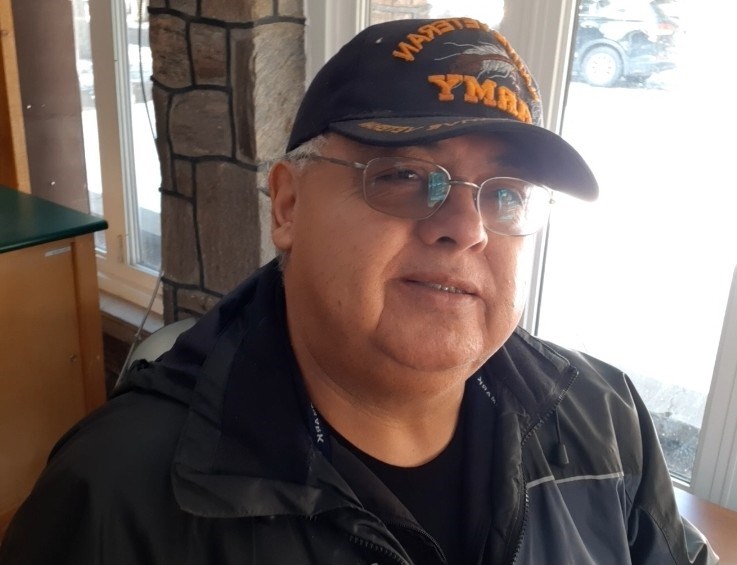 Jeff Monague is a member of the Emergency Control Group that is helping to guide the community of the Beausoleil First Nation during the COVID-19 pandemic.

The ferry across Georgian Bay to Christian Island, the home of the Beausoleil First Nation, is the lifeline to the community.

Each day it carries the people - and their vehicles - for groceries and other supplies. It is used for a trip to the doctor, kids' sporting events, and on every normal day, it carried kids to school.

Recently though, the ferry may have carried another passenger. An invisible one. A pathogen known to the world as COVID-19.

When COVID-19 was declared a Public Health Emergency by the World Health Organization (WHO) on Jan. 20, 2020, the alarm bells for me and other members of the Beausoleil First Nation began to ring loudly.

Our collective memory is a storage vault passed on from parents, grandparents, of the deadly Spanish Flu pandemic that reduced the population on our Island to nearly just half of our people. Not one family was spared the havoc wreaked by this invisible killer as it came in waves from across the ocean.

We all can recount those stories of people, young and old, being buried sometimes two to three per day. It was 1919 and we lacked the infrastructure and medical assistance to deal with such a situation.

Yesterday, I happened to spot one of the elders from my community who now resides on the mainland. At 85 years of age, he is healthy and strong. On this day he was out raking his front yard. I stopped to say hello, and chat with him from a safe distance.

Needless to say, he was happy to see a familiar face. When I asked what he thought about how much our world had changed in just two weeks, his voice fell to almost a whisper, his eyes narrowed, and he stared off into the distance.

He shared stories about the family members that were lost. The Spanish Flu had already taken its course long before he was born. Yet, through oral history, he spoke of those lost ancestors as ones he had always known.

“Most died of pneumonia, many bled from the nose or ears,” he said, shaking his head. His eyes grew misty. He still grieves.

“The only way they could stop it (from killing us further) was for us to stay away from one another. Like we’re doing now. The Chief and Council are doing the right thing by telling everyone to stay away,” he said. “We should have learned from the past.”

At that point in our history we had lost thousands of years of language and culture. We’ve never really recovered from that.

The old ones had warned that a Majiaakoziwin [Mah-jih-awk-oh-zih-win] (evil sickness) would come around again in a hundred years and that we should prepare. We thought it was SARS in 2002. We thought it was H1N1 in 2016. It appears that it is COVID-19.

On March 12, 2020, the Beausoleil First Nation issued its first alert to its citizens with a communique advising of measures that needed to be taken to prevent the spread of the virus which by then the WHO had labelled a pandemic. It suggested hand washing and social distancing but forewarned of the need to close the border of the community to outside traffic.

An emergency response committee was organized as the Emergency Control Group (ECG) and a daily monitoring of the crisis was implemented.

Every department within the First Nation are on stand-by. Meetings take place remotely via online communication apps. The Chief and ECG provide live updates daily which are shared on Facebook to advise members of changes taking place.

For now, the ferry continues to travel back and forth albeit on a reduced schedule, and community members are on restricted travel. The ferry is sanitized thoroughly during and after each crossing. Vehicles will be sanitized as well.

There is now a controlled access point to the community and it is guarded 24 hours per day. A Food Supply Chain has been organized with the help of a Simcoe County merchant and beginning April 8, food will be delivered weekly to the island and dispersed from a central location in a drive-through operation.

If the invisible passenger COVID-19 decides to attend Christian Island it will have breached a gauntlet of measures designed locally and conjured from the collective memory vault.

The only way the community members will stay safe is if they take the advice and warnings seriously. Just as our elders say, “We should have learned from the past.”

Jeff Monague is a former Chief of the Beausoleil First Nation on Christian Island, former Treaty Research Director with the Anishnabek (Union of Ontario Indians), and veteran of the Canadian Forces. Monague, who taught the Ojibwe language with the Simcoe County District School Board and Georgian College, is currently the Co-Manager at Springwater Provincial Park on behalf of the Beausoleil First Nation (BFN) in partnership with Ontario. He is also a member of the Emergency Control Group for BFN.