Senator Boniface of Orillia has proposed legislation that recognizes substance use disorder is a health problem and should be treated as such, says letter writer
Apr 8, 2021 7:45 AM By: Letter to the Editor 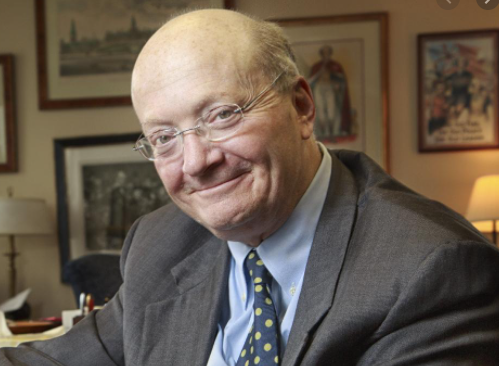 Former Senator Hugh Segal, responding to an OrilliaMatters series about the opioid crisis, says it's time to listen to current Senator Gwen Boniface, from Orillia, and decriminalize illegal substances.Supplied Photo

OrilliaMatters welcomes letters to the editor. This letter is from former Senator Hugh Segal, a Mathews Fellow in Global Public Policy at Queen's, in response to our multi-part series on the opioid crisis. Send your letter to dave@orilliamatters.com
********************
When the present pandemic fades, there will be a need for serious reflection on what went right or wrong in how our governments and institutions performed during this crisis.

There may be opposition parties, lobby groups and media who will attribute blame for whatever went badly. There will also be people in public life, the community and the media who will focus on what we must learn to make our society more resilient and competent when dealing with national emergencies.

In many parts of Canada, the focus on the pandemic has diminished our attention on other grinding social and health problems. There have been days when deaths from drug overdoses exceeded deaths from COVID and traffic accidents combined.

The explosive opioid epidemic and the entire issue of drug use has been heightened this past year. The COVID pandemic has led to increased and more dangerous drug use and yet the resulting pressure on policing and health care in communities and urban centres has gone largely unnoticed.

But the dichotomy between addiction as a health matter and the criminality associated with it is an issue Canada can no longer ignore.

Senator Gwen Boniface was a Commissioner of the Ontario Provincial Police and senior officer with international policing before being appointed to the senate in 2016.

She has first-hand experience dealing with people whose addictions resulted in arrest and imprisonment and she, more than most, recognizes the resulting inequities of treating those requiring health care as criminals.

Senator Boniface introduced Bill S-229 (The Health-Centred Approach to Substance Use Act) on March 16, one year to the day after COVID-19 was declared a global pandemic.

She did so in response to the growing calls from both the health and policing communities for the decriminalization of illegal substances.

In July 2020, The Canadian Association of Chiefs of Police concluded in their report that decriminalization needed to be pursued. Canada mobilized very quickly in order to deal with COVID and it needs to apply those lessons learned now by recognizing that addiction is a disease and the current crisis constitutes a national emergency.

The increased risks and harms for those who use drugs affect marginalized groups in particular: the homeless, the poor, Indigenous and racial minorities. Structural factors force these people to use in unsafe environments and create walls to accessing healthcare and social services. Add criminality to their disease and their situation becomes hopeless.

The decriminalization of drug possession would have an immediate impact and save lives.

Bill S-229 would create a national strategy involving all levels of government, to study how best to provide a health-centred approach to substance use. The federal government would have two years to repeal the criminality of possession for personal use of drugs; simple possession of certain classes of drugs would result in fines, mandatory treatment order and other remedial measures.

Other countries and jurisdictions have recognized that criminal punishment is not the answer and this strategy would allow for study and best practices that Canada might pursue.

With a federal election not far off, and with mayors, premiers, health professionals, policing, addiction experts and the Canadian Association of Chiefs of Police demanding action on the opioid crisis, it would be in the best interest of all parties to have a strategy in place to deal with the issue.

This affects our most vulnerable and history has shown that criminalizing addiction has not remedied the situation for individuals or for society. Bill S-229 establishes the primacy of our public health framework in addressing the social and individual menace drug addiction generates everywhere in Canada.

This bill should be the basis for the conversation that all parties have when stating their views on this much-needed reform during any upcoming campaign. Senator Boniface's proposed legislation embraces needed change by recognizing that substance use disorder is a health problem and should be treated as such.

Any party hoping to form government, unafraid of its own shadow on this other national emergency, could adopt this senate bill as its own and move forward on a national strategy.

Senator Boniface has provided a significant path forward on an issue that is tearing families apart and destroying lives. When the former head of a major police force advocates for the decriminalization of illegal substances and instead puts the focus on individual and societal well-being, paying attention to her makes very good sense.