LETTER: Problem with Champlain Monument is 'great sin of omission'

Letter writer says Atherley Fish Weirs is example of 'thousands of years of Indigenous history' being ignored while focus is on white settler
Aug 14, 2019 10:00 AM By: OrilliaMatters Staff 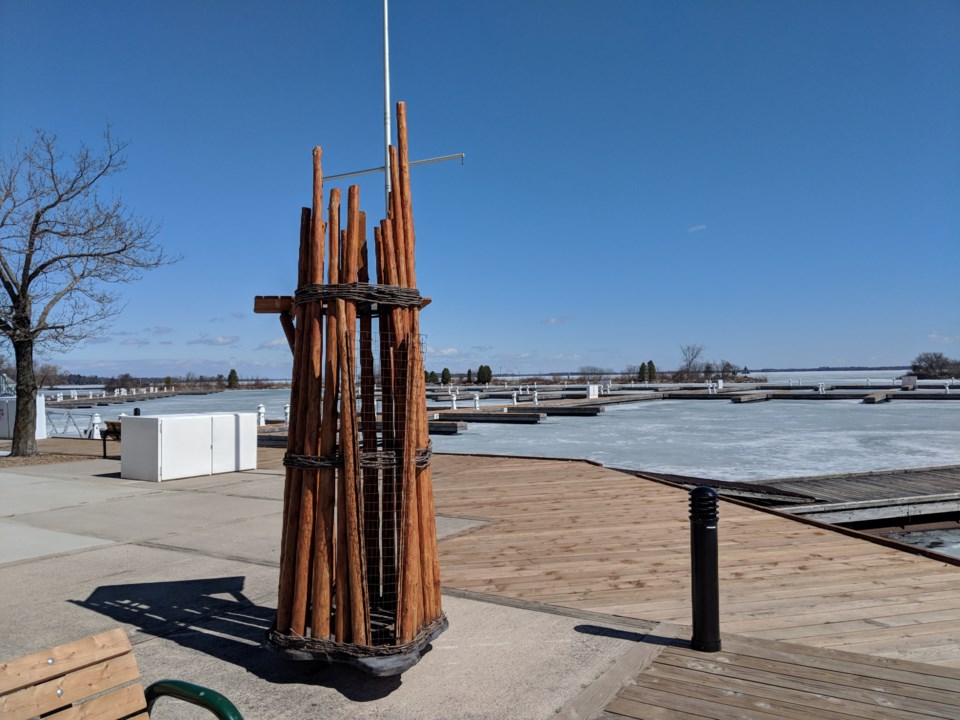 This art installation at the Port of Orillia, part of a recent Streets Alive festival, is a representation of the ancient fish weirs buried in the lakebed of the Atherley Narrows. Dave Dawson/OrilliaMatters
OrilliaMatters welcomes letters to the editor. The following letter is in response to Sunday's letter from Bruce McRae. Click here to read that letter.
********************

I have studied the Wendat language, culture and history for some 45 years. I taught college for 30 years. I currently am the Tribal Linguist for the Wyandotte Nation of Oklahoma (mostly on-line).

One of the problems with the Champlain statue can be called in Biblical terms a great sin of omission.

When I used to teach at Humber College, my favourite example of the lack of representation of our Indigenous history was the Atherley Narrows.

For 4,000 years, there were cedar poles there that acted as a fish weir. The place was important to the succession of peoples who lived there including the Wendat, the Anishinaabe and the Haudenosaunee.

The Mohawk name for the place Tkaronto, ‘where there are poles in water’, gave Canada’s largest city its name. The Anishinaabe gave it a name that means ‘at the fish fence’.

But the only representation there is a plaque saying that a famous white guy visited there once. Thousands of years of Indigenous history in the Orillia area is completely ignored, except for this statue where a Wendat is given a decidedly minor role.

One thing that makes the statue particularly negative in the view of Wendat, Anishinaabe, and Haudenosaunee people, and folks like me that have written for years about these people, is that you are saying that this one man, a white man, a settler, is more important than the people that were stewards of the land for a very, very long period of time.

More than 95% of Ontario history is the history of the first people to live here.

That needs to be represented decently.

LETTER: Attention men: Grab a bandana before you go shopping!
Jul 9, 2020 4:15 PM
Comments
We welcome your feedback and encourage you to share your thoughts. We ask that you be respectful of others and their points of view, refrain from personal attacks and stay on topic. To learn about our commenting policies and how we moderate, please read our Community Guidelines.