A ranked ballot would allow supporters of smaller parties to both vote their conscience and support the candidate, says Gerry Hawes
Jan 14, 2020 9:15 AM By: OrilliaMatters Staff 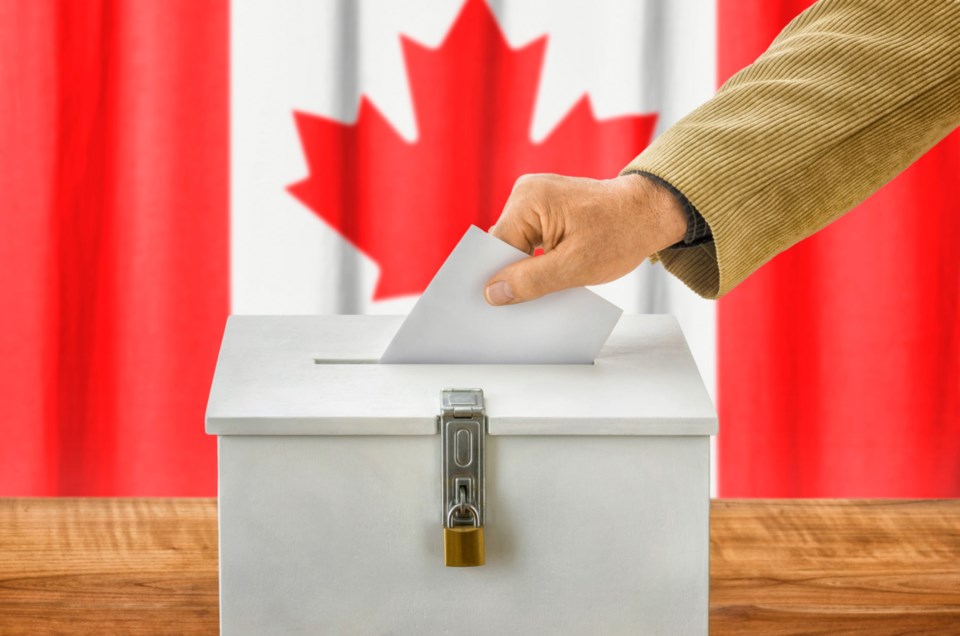 Stock image
OrilliaMatters welcomes letters to the editor. Send your letters to dave@orilliamatters.com. Former federal election candidate Gerry Hawes has contributed this letter in response to recent letters about the current first-past-the-post system.
********************

Advocates of proportional representation (PR) tend to frame the electoral reform debate as a binary choice between their preferred option and first-past-the-post (FPTP), but ranked balloting is a more viable and practical alternative.

Under ranked balloting, no Member of Parliament could be elected with less than 50% of the votes. It would correct the significant weakness in our current system that sees so many MPs elected by the minority, then go on to cater to those core supporters in policy deliberations in Ottawa.

With a ranked ballot, voters can indicate their first choice, second choice and so on, or vote for just one candidate if they choose. If no candidate gets a majority on the first count, the lowest scoring candidate is eliminated, and the second choices marked on that candidate’s ballots are allocated to the remaining candidates.

This process of elimination and allocation continues until one of the candidates amasses more than half of the votes.

A ranked ballot would allow supporters of smaller parties to both vote their conscience and support the candidate(s) they see as the best alternative. It would also improve the tone of political debate as political parties and candidates position themselves for subsequent ballot consideration. A ranked ballot is easy to understand and implement and, most importantly, it will result in election results more closely aligned to voters’ wishes.

PR may sound good in theory, but it comes with significant downsides.

For example, Canada is one of the most linguistically, ethnically, and religiously diverse countries in the world, and it is geographically regionalized and has experienced a grave separation crisis in Québec.

There is every reason to believe that, under a PR scenario, we would see a proliferation of political parties with narrow policy interests across Canada, resulting in a fractious Parliament. The comparator countries that advocates tend to cite as proof of the success of PR are all geographically smaller and more homogenous, and much less demographically complex, than Canada. That should give pause.

Additionally, while the composition of Parliament may be proportional under PR, the agenda of the government would mainly reflect the priorities of the governing partners, and not the parties in the opposition. Those parties and their supporters would continue be excluded where it really counts, in setting public policy.

Making matters worse, because PR encourages a narrow policy focus compared to the traditional ‘big tent’ parties, which try to appeal to a broad swath of the electorate, there is a built-in disincentive to pursue policy compromises.

This can amplify the differences between governing partners and those in opposition, and result in significant distortions such as small partners needed to form a stable governing coalition having an oversized influence on the policy agenda.

We do need to improve how we vote, but we don’t need to upend the existing system to achieve it.

Several referenda have been held across Canada and, in every case, voters wisely said no to PR. Let’s heed those lessons and begin working together towards ranked balloting, voting reform we can achieve within our existing system, with no Constitutional or practical barriers to implementation, that will produce election results more closely aligned to voters’ wishes.

LETTER: Argument against electoral change is 'nonsense'
Jan 13, 2020 7:45 AM
Comments
We welcome your feedback and encourage you to share your thoughts. We ask that you be respectful of others and their points of view, refrain from personal attacks and stay on topic. To learn about our commenting policies and how we moderate, please read our Community Guidelines.