LETTER: Reader worries we've learned nothing from HRC's past

How many more deaths does it take for a change of thinking to give priority to people and not profit, asks frustrated long term care home volunteer
Apr 7, 2021 11:30 AM By: Letter to the Editor 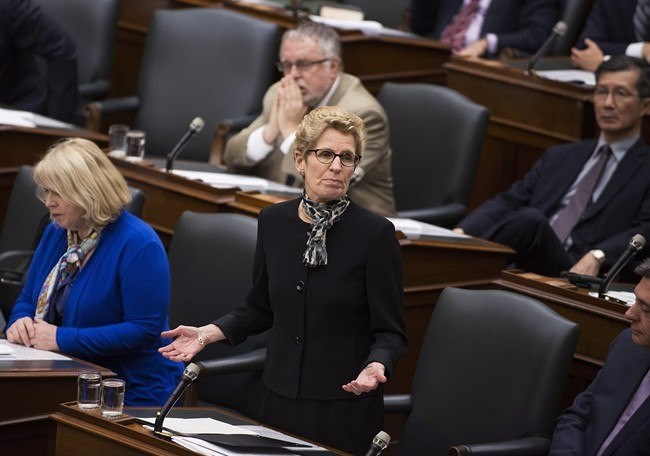 Ontario Premier Kathleen Wynne makes an official apology on behalf of the province to former residents of the Huronia Regional Centre, a provincial institution for the developmentally disabled, for the abuses that occurred there between 1945 and 2009, at Queens Park in Toronto on Monday December 9, 2013. FILE PHOTO

In September 2013 the class action lawsuit by the surviving residents of Huronia Regional Centre reached a settlement with the Ontario government and the previous Premier apologized for the harms done.

No amount of money can erase the mental and physical scars left on the survivors. How could anyone make such a proposal for revamping long term care in these ancient buildings which still haunts the survivors by remaining on the grounds.

After more than a year of COVID 19 spreading like wildfire in our congregated senior homes, a recent report says that of the 15,047 residents in long term care in Ontario, 3,764 died of COVID. (https://covid-19.ontario.ca/data/long-term-care-homes - April 1, 2021). This is a quarter of the residents.
The lessons have not been learned because more money is planned to be pumped into these privately owned residences in the next few years by the government.
Meanwhile investment in Ontario, into home care where seniors can live their life in their own homes or any other non warehoused model is hardly worth mentioning in the recent budget.

For those who think my view or others similar to mine writing here are "uninformed" I suggest you read the report of the Canadian Military that was called to help in long term care or speak to the families of the seniors deceased for more information.

"Canada has the worst record for COVID-19 deaths in long-term care homes compared with other wealthy countries," according to a new report released on Tuesday by the Canadian Institute for Health Information (CIHI).

In addition, outbreaks occurred in 2,500 care homes, resulting in the deaths of 14,000 residents across Canada, according to a March 30 CBC report.

I am certain if the 14,000 deceased seniors had a voice they would be angry with such recommendations. Really, how many more stories and deaths does it take for a change of thinking to give priority to people and not profit?