Mayor weighs in, saying he wants to ensure city is 'properly' represented; Coun. Valiquette-Thompson urges colleagues to 'put all personal politics' aside
May 16, 2018 8:00 AM By: Dave Dawson 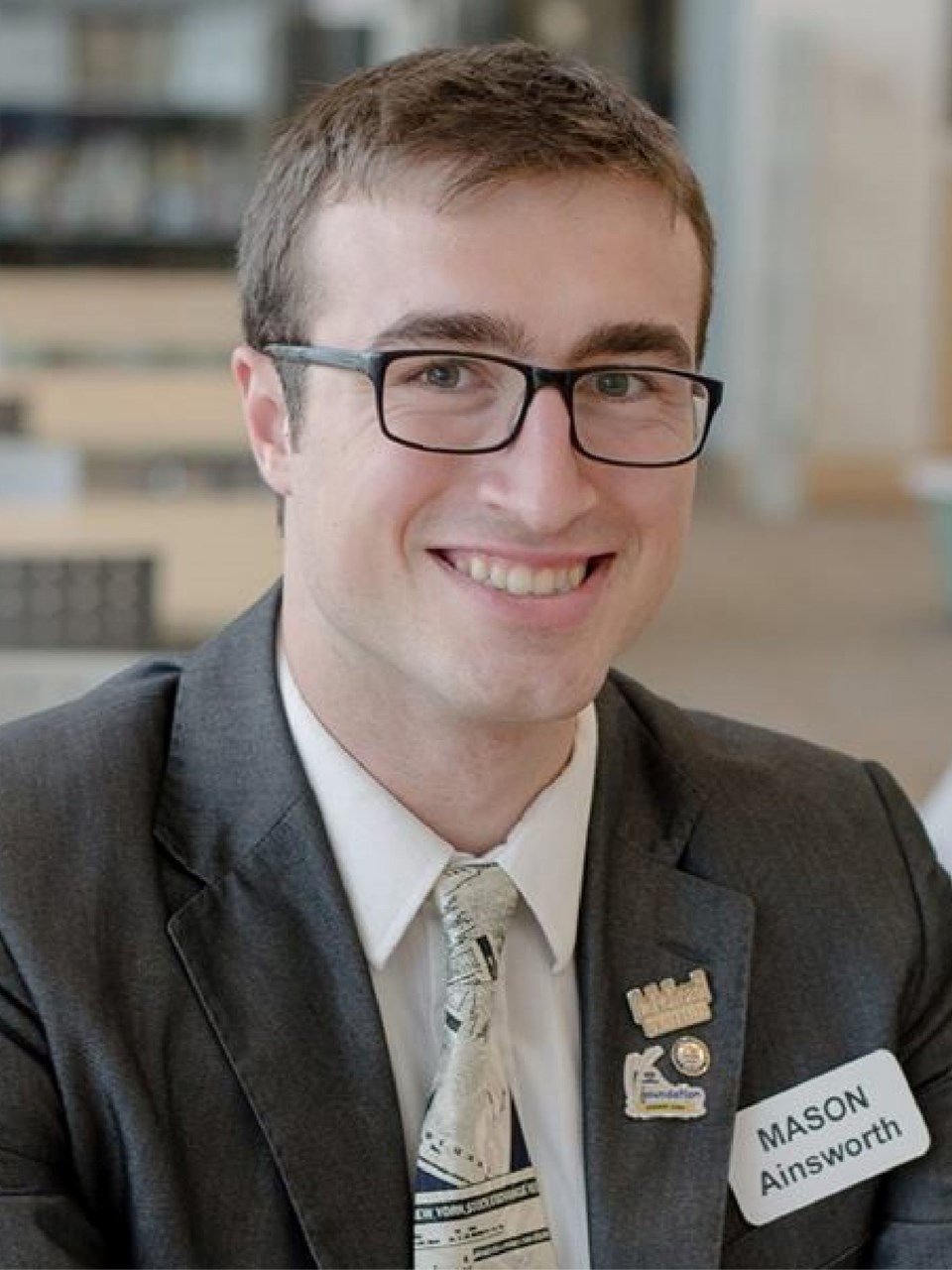 Mason Ainsworth received endorsement from his council colleagues Monday night to seek a position with the Association of Municipalities of Ontario.

The second time was the charm for city councillor Mason Ainsworth.

Last month, Ainsworth asked his council colleagues to endorse his bid to become a director representing the small urban caucus on the Association of Municipalities of Ontario (AMO) board of directors for a two-year term.

During a spirited half-hour debate that evening, councillors Pat Hehn and Ted Emond voiced opposition to the idea, noting Ainsworth, a council appointee to the County of Simcoe, had missed several important meetings at the regional government.

In the end, council voted 4-3 to deny his request. However, two councillors – Rob Kloostra and Jeff Clark – were absent that night.

Because of that and armed with more details about the demands of the AMO posting, Ainsworth asked his colleagues to reconsider their decision Monday night. To earn a reconsideration, he had to convince two-thirds of council to agree. They did.

After they agreed to reconsider, the debate began anew with many of the same issues being raised.

Uncharacteristically, Mayor Steve Clarke excused himself from the position of chair, so he could weigh in on the issue.

While he agreed “the opportunity to have local representation” at the AMO table could be beneficial, he also had concerns.

“But as an Orillian and mayor and chair of this meeting, I want to make sure we’re properly represented,” said Clarke. He also wanted to be sure that “anyone going to undertake the task understands the commitment and expectations.”

The mayor was partially satisfied with the response but wondered why Ainsworth missed some meetings outside of the semester timeframe.

“I am willing to have any member of this council sit on one of those boards … I just want them to understand the commitment,” said Clarke. He noted Ainsworth would be “an ambassador for Orillia” in this role.

Both Kloostra and Clark voiced support for Ainsworth’s bid.

Clark noted Ainsworth “very effectively advocates for issues and cost-saving programs at our municipal table of government,” citing his advocacy around transit and the smart cities initiative. “I agree with those around the table that see this as a great opportunity for us to have a seat at … the table.”

But he also agreed with the mayor and urged Ainsworth to ensure he’s committed to the role and to make sure there “isn’t anything preventing him from realizing” the commitment.

“I am ready for the task at hand and willing to put in the time and effort it takes to get the job done in regards to bringing our concerns and those around us to the table and … reporting to folks here,” said Ainsworth.

Coun. Emond reiterated his concerns and said councillors have a “serious obligation” that must be upheld.

Coun. Sarah Valiquette-Thompson urged her colleagues to “put all personal politics aside” and get behind Ainsworth.

“I really think we should be very cautious and mindful of the message we’re sending,” said Valiquette-Thompson. “Our council colleague is very passionate and interested to take a seat on this board and is definitely going to carry the voice of our community … and be a strong voice for us. He has my full support.”

In the end, council agreed, by a 7-2 margin, to endorse Ainsworth’s bid for election to the AMO board. Only councillors Hehn and Emond voted against it.

If Ainsworth is successful, he will need to seek council approval should he desire reimbursement for any fees related to his AMO duties.