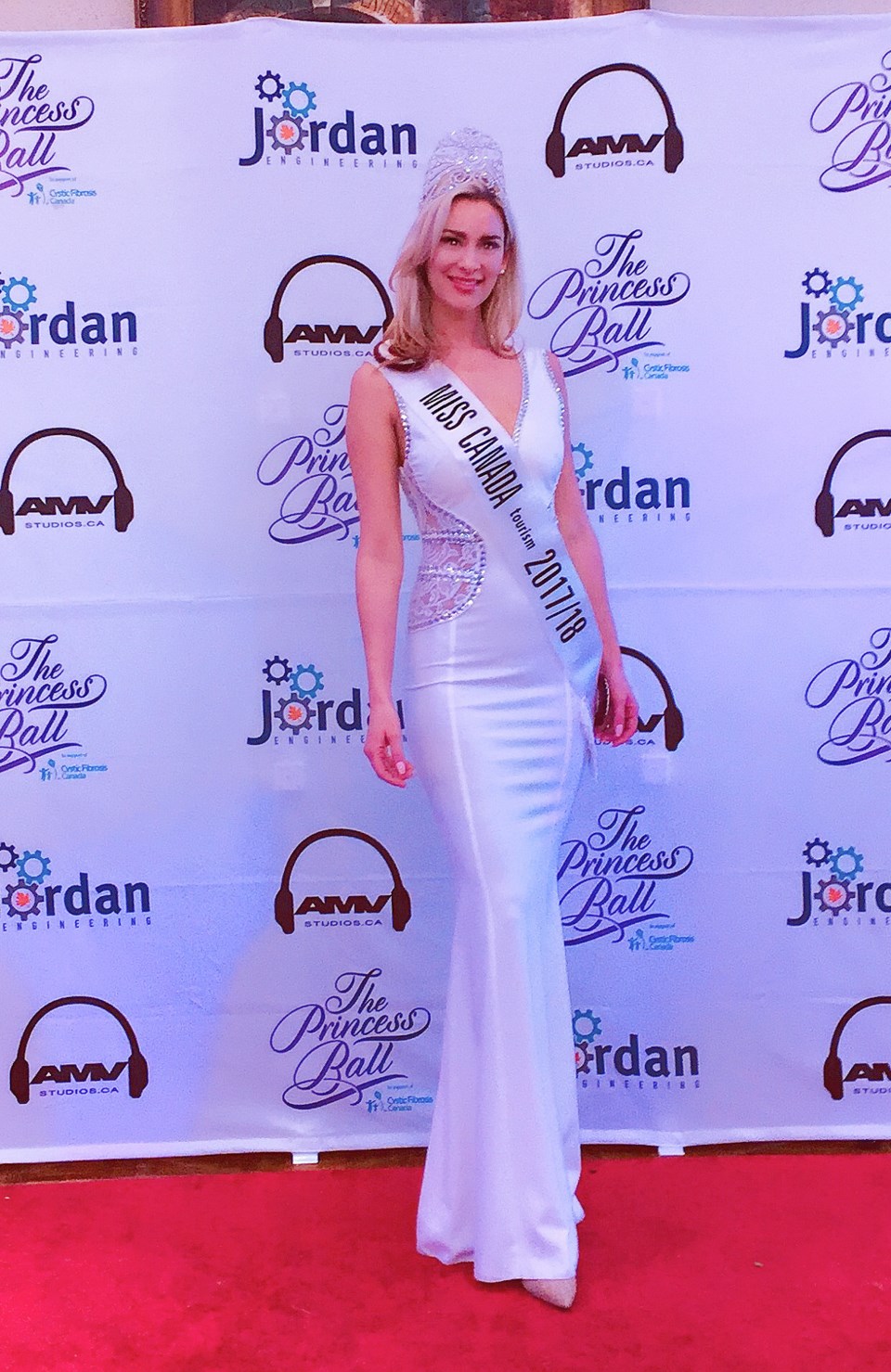 Hollyann Carroll, of Orillia, is Miss Canada Tourism for 2017-18. She is shown at the Princess Ball in Toronto. Submitted

Beauty pageants had never appealed to Hollyann Carroll, until she learned about Miss Canada Tourism.

"I never thought of being in a beauty pageant before," said Carroll, who was more focused on modelling and broadcasting.

That changed when her friend, who was Miss Canada Tourism for 2015-16, asked her to get involved.

Carroll quickly learned there was more to Miss Canada Tourism than met the eye.

"They really want you to have a personality, rather than just be a beauty on the outside," she said. "It's been incredible. It's so rewarding, and you're giving back to numerous charities and fundraisers."

Carroll, 33, a graduate of Orillia District Collegiate and Vocational Institute who splits her time between Orillia and Toronto, has been able to spread her message of positivity since being crowned Miss Canada Tourism last June.

As part of the pageant, she had to display a talent. She chose to give a speech about purpose.

"My underlying purpose is to empower women, especially young women," she said.

So, she focused her efforts on supporting the Canadian Women's Foundation.

More than halfway through her year-long reign, Carroll believes she has been able to make a difference. She has taken part in many events, including Light the Night, a walk to support leukemia research, the Princess Ball, which brought attention to cystic fibrosis, and feeding the homeless in downtown Toronto. She will be speaking at a fashion show in support of SickKids Hospital and will be involved with a dog fashion show in support of the Ontario Society for the Prevention of Cruelty to Animals — another cause close to her heart.

Her Orillia upbringing has a lot to do with her desire to give back, she said.

"Being from a smaller city, you're more humbled, you're more grounded. I still know my roots and what's important."

She will continue to give back long after the crown has been passed on.

"I now know that, even without that title, you can become the person you want to be and help out charities on your own," she said.

Her advice to women, and everyone, is to try something new — just like she did when she became involved with Miss Canada Tourism.

"You should always get out of your comfort zone and try, even if it's something you're not used to. That's why I did the pageant."

Her passion for animals will also continue. She owns Pooch Play Days, which elevates the services of dog walking and dog sitting, taking them on "dog adventures," and she is in the process of launching Studdwear, a fashion line for dogs.