BREAKING NEWS: Feds to provide up to $6.3M for Building Hope

Announcement made at Coldest Night of the Year event; Campaign could get up to $6.3 million in grants for project
Feb 23, 2019 8:15 PM By: Andrew Philips 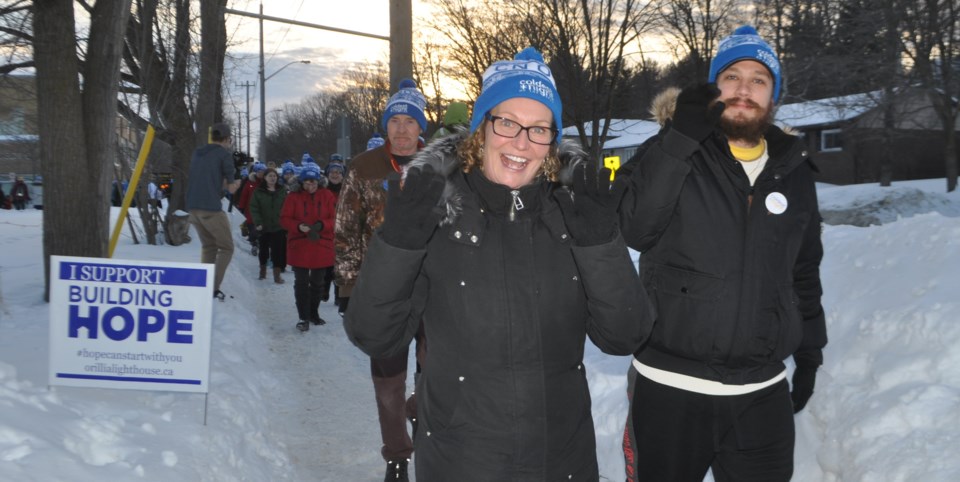 The Lighthouse Soup Kitchen and Shelter learned recently that it could receive $6.3 million in grants from the Canadian Mortgage and Housing Corporation (CMHC).

Shelter executive director Linda Goodall said the grants will be delivered as long as certain criteria are met.

“There are some conditions we’re working towards,” Goodall said during an interview at Lions Oval Public School, which served as the starting point for this year’s Coldest Night of the Year fundraiser that attracted close to 600 participants and was expected to raise more than $110,000.

While Goodall declined to say what those conditions are, she noted organizers are confident they will be able to meet them in order to get the federal dollars.

Glenn Wagner, chair of The Lighthouse Soup Kitchen and Shelter and the Building Hope Advisory Group, said that higher construction costs have meant  the building’s original $9.6-million cost projections have since ballooned to the current $14-million level.

“It’s gone up substantially,” Wagner said, noting that when the CMHC funds are factored into the equation, the campaign now sits at $11 million.

Wagner said the community’s support for the project is awe-inspiring.

“This is a really exciting time at the Lighthouse,” Wagner said. “Two years ago, we had nothing for our capital fund. It shows you the heart of people in our community.”

The shelter currently has 14 beds for men and is full almost every night of the year while serving up to 25,000 meals annually.

Construction on the shelter, which will also include a commercial kitchen, is expected to begin this spring. In fact, organizers have already tapped May 5 as the day for the new Queen Street facility’s official groundbreaking.

Added Wagner: “We will then work over the next 18 months to raise the additional $3 million.”

For a full story and more photos from tonight's Coldest Night of the Year fundraiser, check back here tomorrow.