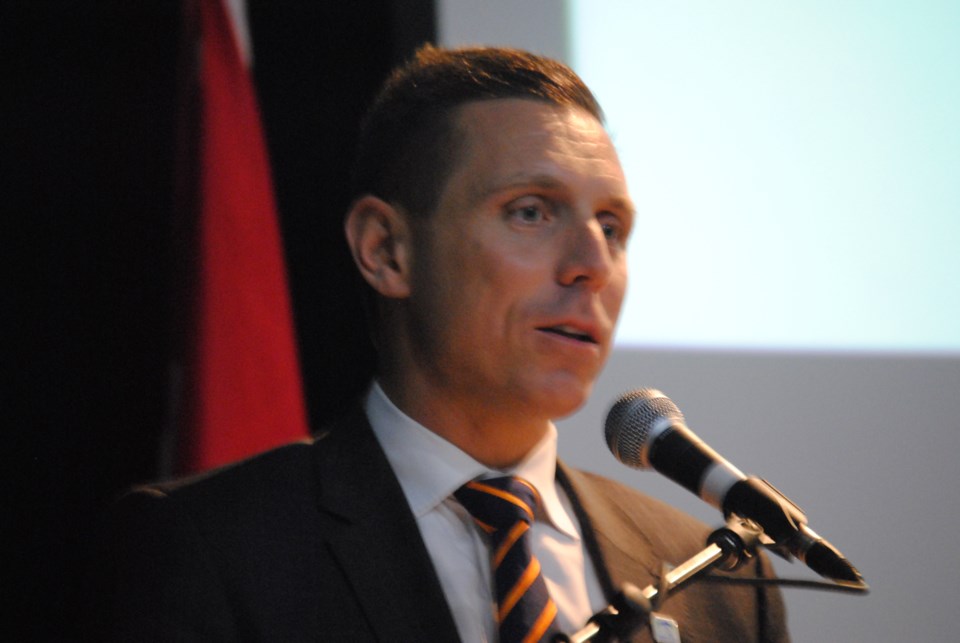 Patrick Brown could withdraw from the Progressive Conservative leadership race in a matter of hours.

“All I can really say right now is I’ve heard a number of rumours that he’s had death threats,” former Simcoe North MPP Garfield Dunlop told OrilliaMatters Monday morning.  “I have heard people really close to him have been getting death threats. I don’t know where they come from whether the source would be political, something outside (related) to decisions he might make that might impact something … but that’s what I’m hearing.”

Dunlop, a Brown loyalist who gave up his seat in 2015 so Brown could run in a byelection in Simcoe North, said he has heard rumblings that Brown could announce his departure from the leadership contest within hours.

“I do not know whether he’s confirmed if he’ll leave or not, but I know that getting death threats would shake anybody up and he doesn’t deserve this," said Dunlop. "I'm told a decision will be made within the next few hours."

Dunlop said the mess has been a constant distraction. “And what it says for our party, it’s horrible. Here we were a government in waiting and I think now we’ve got a real challenge to win a government at all,” he said candidly. “Even a minority might be tough now.”

The popular former plumber who served as the region’s MPP from 1999 to 2015, did not foresee this when he stepped aside for Brown. “Who would have thought when I left in 2015 so I could give a future premier a seat that it would turn into such a shit show?”

Three weeks ago, Brown stepped down as leader of the party, hours after news broke that two women had accused him of sexual misconduct. The next day, a leadership race was called to replace him.

After laying low for more than a week, Brown launched a counter-attack, even after he was ousted from the party. He is now an independent, has served a notice of libel against CTV for its original news story, and was accepted as a candidate in the party’s leadership contest against Christine Elliott, Caroline Mulroney, Doug Ford and Tanya Granic Allen.

This postcard was used to help lure people to Orillia to fish
Feb 22, 2020 11:00 AM
Comments
We welcome your feedback and encourage you to share your thoughts on this story. We ask that you be respectful of others and their points of view, refrain from personal attacks and stay on topic. To learn about our commenting policies and how we moderate, please read our Community Guidelines.